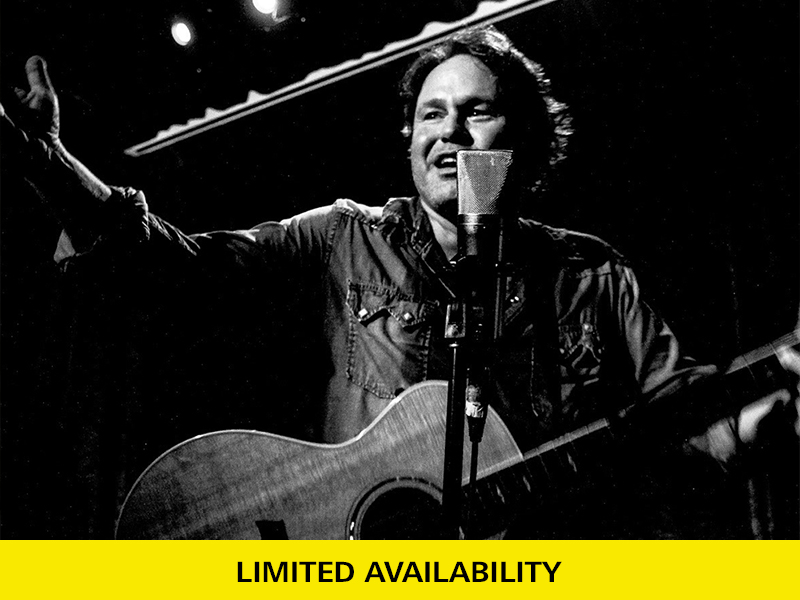 Photo courtesy of the artist

Martin Sexton has come a long way since his days as a street performer in Boston, selling his self-produced cassette recording from an open guitar case. The Syracuse native launched his own label, Kitchen Table Records, and his diverse musical talents have carried him from the sidewalk to landmark venues such as Carnegie Hall. Best known for his untamed and unpredictable voice, Sexton seamlessly mixes folk, rhythm and blues, jazz, and rock in his tracks, intertwined with bluesy guitar and soulful grooves. Sexton has influenced a generation of contemporary artists—from John Mayer to Dave Matthews—but continues to keep his music fresh and relatable. Having established his name, Sexton has shared the spotlight with artists who inspired him: Art Garfunkel, Jackson Browne, John Hiatt and others. His “blue-eyed soul” sound has also gone out to countless listeners worldwide through inclusion on soundtracks for Scrubs, Parenthood and HBO’s Brotherhood. The Appel Room’s intimate stage provides the perfect setting for this dynamic singer-songwriter whose honest lyrics and vocal prowess will have audiences hooked. But don’t take our word for it; Mayer described him as "the best live performer I've ever seen." And Matthews called him "one of my favorite singers and songwriters."

“Outstanding taste in songwriting as well as a soul-marinated voice.”