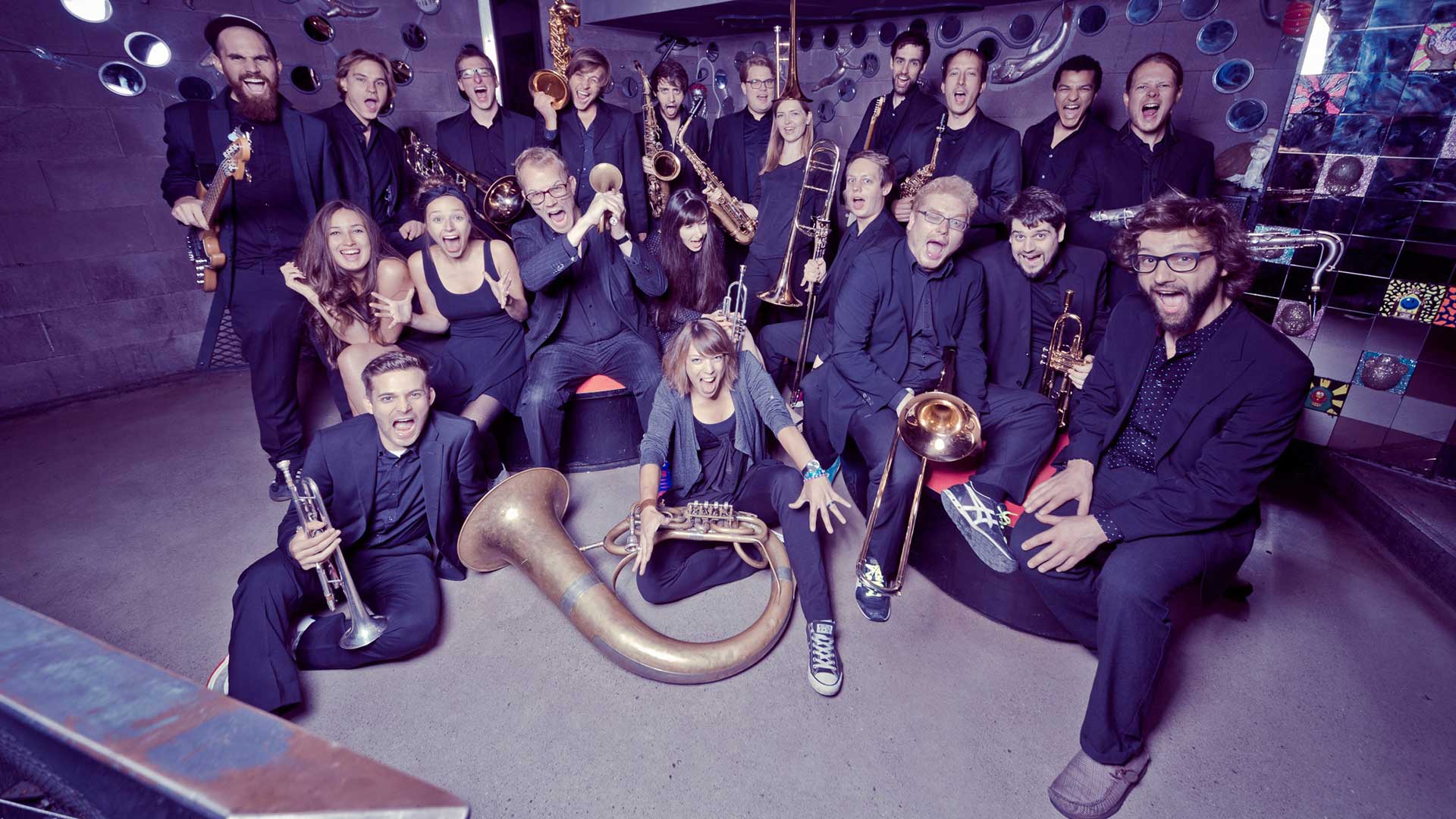 This event has passed
Jazzrausch Bigband

Founded in 2014 as the house band of a Munich club, this big band has been quietly revolutionizing the German club scene with endlessly inventive performances of everything from hip-hop and house to dubstep and classical. Over the last two years they have become a regular presence at several renowned Munich music venues, including the famed jazz club Unterfahrt, indie spot Cord, and techno club Harry Klein, making them the only resident big band of a techno club in the world. With German fans already won over, the band has begun to attract a fervent international following soon to include Lincoln Center audiences.