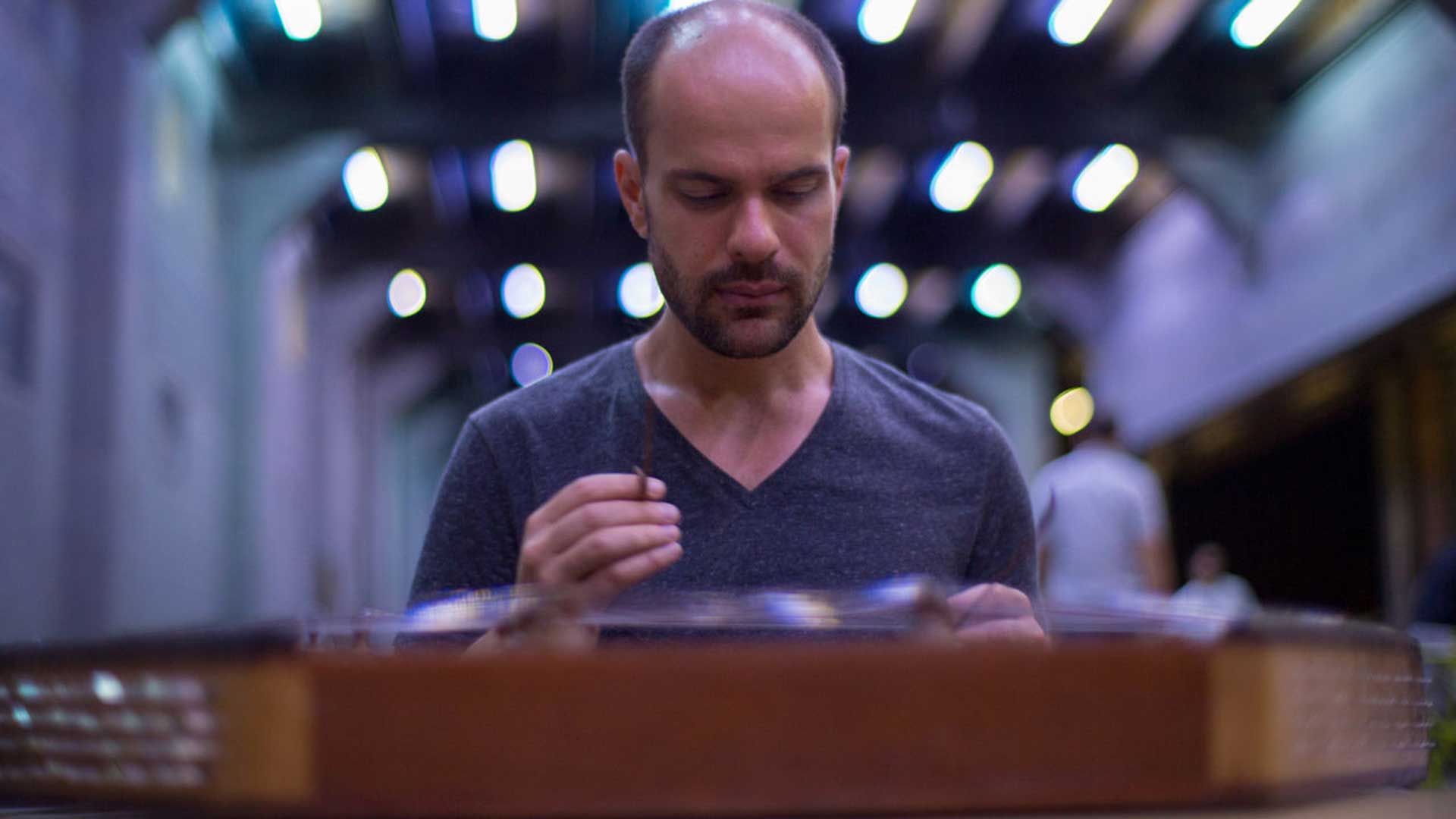 This event has passed
Amir ElSaffar

For centuries, both Indian raga and Iraqi maqam have been the traditional music forms of expression for people from the Middle East to India. The two improvisational forms evolved along their own lines yet share musical commonalities, both rich in resonance and devotion. In this new collaboration and inaugural event in the Outside (In)dia series, Amir ElSaffar and Brooklyn Raga Massive explore and uncover new intersections between these ancient, profound musical traditions.

American trumpeter, santur player, vocalist, and composer Amir ElSaffar has distinguished himself with a mastery of diverse musical traditions, including Iraqi maqam. A recipient of the 2013 Doris Duke Performing Artist Award, ElSaffar has been described as “uniquely poised to reconcile jazz and Arabic music without doing either harm,” (The Wire) and “one of the most promising figures in jazz today” (Chicago Tribune).

Stick around for a post-concert social hour featuring DJ Shishi.

Outside (In)dia is a four-part concert series produced by The India Center Foundation and curated by Brooklyn Raga Massive that pushes the boundaries and conceptions of Indian classical music. With commissions of new works bringing raga into play with musical traditions spanning Cuba to Iraq, the series will position Indian classical music as a space for inclusion, collaboration, and conversation in a revolutionary new way.