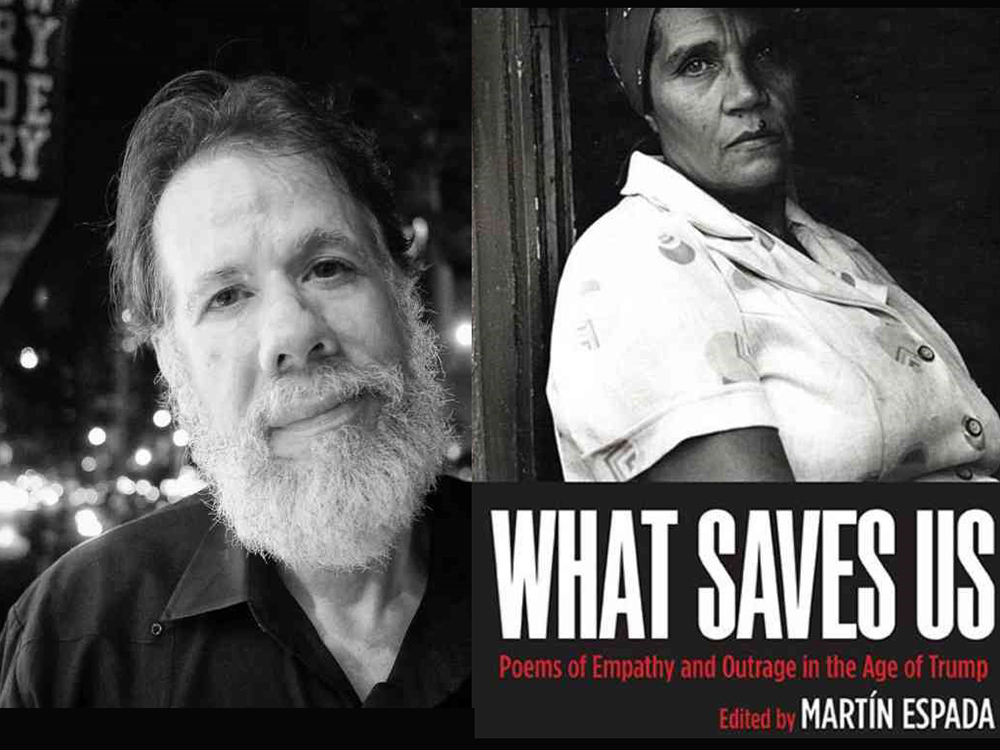 A chorus of powerful contemporary voices in U.S. poetry comes together for the New York City celebration of a seminal anthology of political poems, published by Northwestern University Press.

What Saves Us: Poems of Empathy and Outrage in the Age of Trump is an anthology of poems about much more than Trump. These are poems that either embody or express a sense of empathy or outrage, both prior to and following his election. There is an extraordinary diversity of voices. They speak of persecuted and scapegoated immigrants. They bear witness to violence, from police brutality against African Americans to mass shootings. They testify to poverty. There are voices of labor, in the factory or the fields. There are prophetic voices, imploring us to imagine the world we will leave behind in ruins lest we speak and act. However, this is not merely a collection of grievances. The poets build bridges, taking back the language, resisting the demagogic corruption of words themselves, asserting our common humanity.

Books will be available for purchase after the reading.

Hosted by Rich Villar, co-curator of La Casita at Lincoln Center Out of Doors