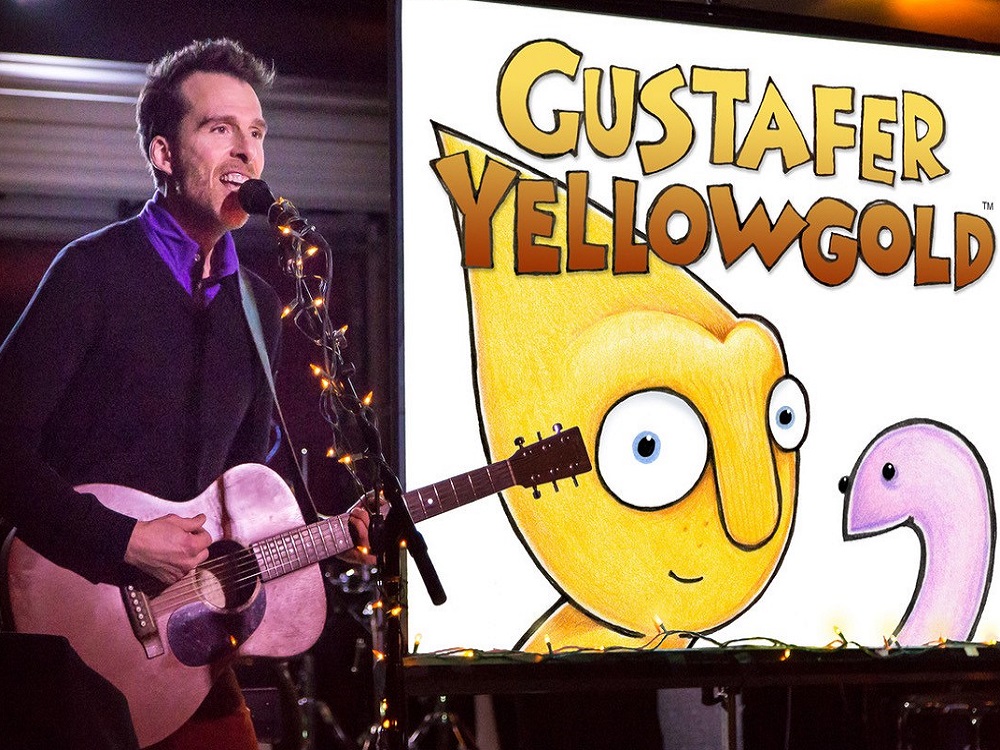 This event has passed
Gustafer Yellowgold
Photo courtesy of the artist

Gustafer Yellowgold returns to the Atrium, bringing his funny and touching multimedia performance—including live music, animation, and quirky storytelling—to tell of his imaginative explorations of the Minnesota woods where he landed. Morgan Taylor’s beloved animated visitor from the sun has opened for Wilco and The Polyphonic Spree, appeared Off-Broadway, and been honored by NAPPA (National Parenting Products Awards), the Kids First! Film Festival, and the John Lennon Songwriting Contest.

The atmosphere at Atrium events is celebratory, relaxed, and suitable for most audiences. Sensory supports (noise-cancelling headphones and fidgets) are available to borrow.