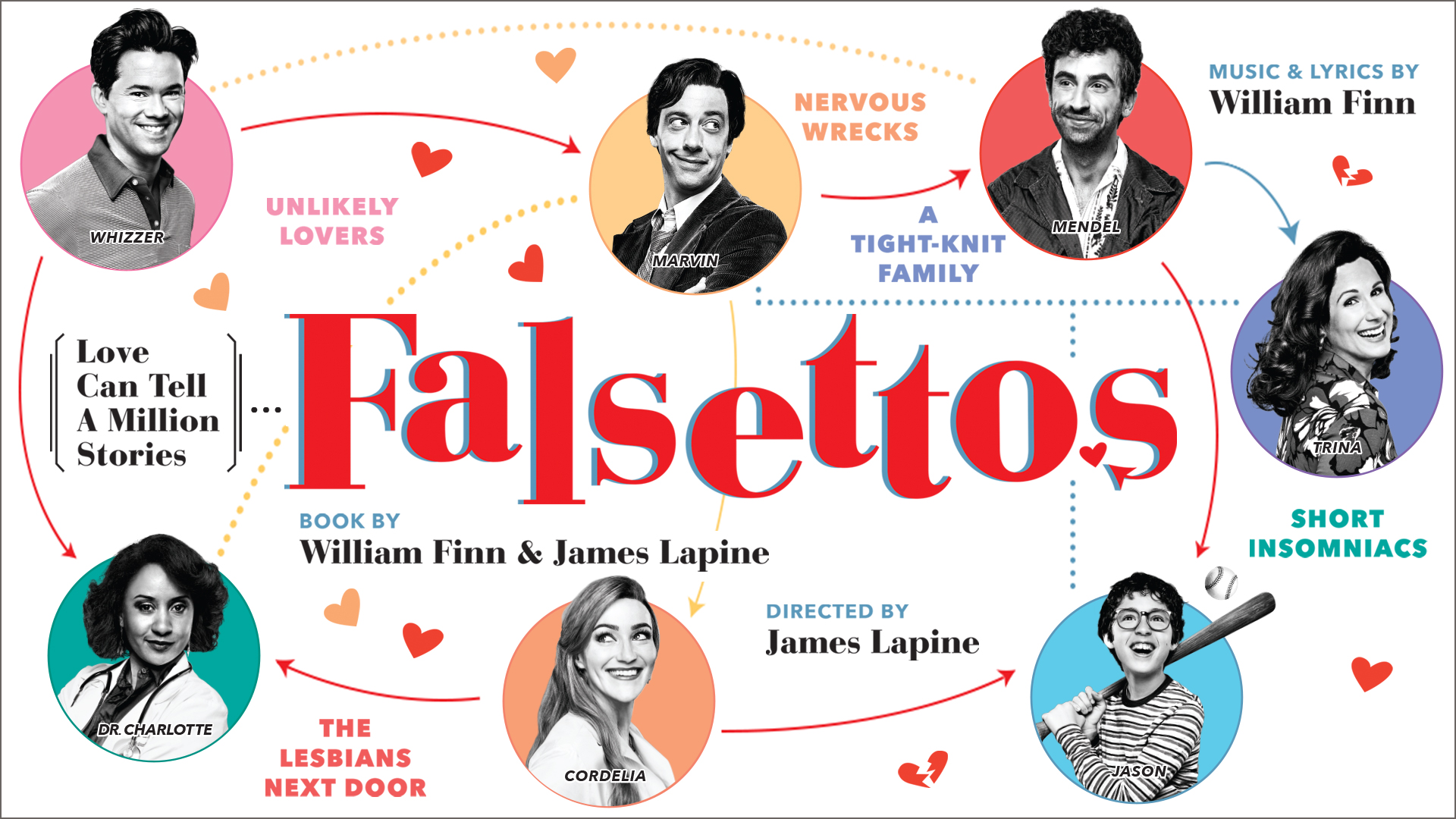 Nominated for five 2017 Tony Awards, including Best Revival of a Musical, Falsettos is a hilarious and poignant look at middle-class family dynamics revolving around the life of a gay man, his wife, his lover, his soon‑to‑be‑bar‑mitzvahed son, their psychiatrist, and the lesbians next door. With its razor-sharp portrait of a “modern family” in the making, this timely musical manages to remain buoyant and satirically perceptive even as it moves towards its heartbreaking conclusion. Lincoln Center Theater’s production stars Christian Borle, Stephanie J. Block, Andrew Rannells, and Brandon Uranowitz, all of whom received Tony nominations for their respective performances.

*Tune in to PBS to enjoy these shows (*check local listings)

Live From Lincoln Center is made possible by the Robert Wood Johnson 1962 Charitable Trust, MetLife Foundation, Thomas H. Lee and Ann Tenenbaum, The Robert and Renée Belfer Family Foundation, the National Endowment for the Arts, and public television viewers like you.