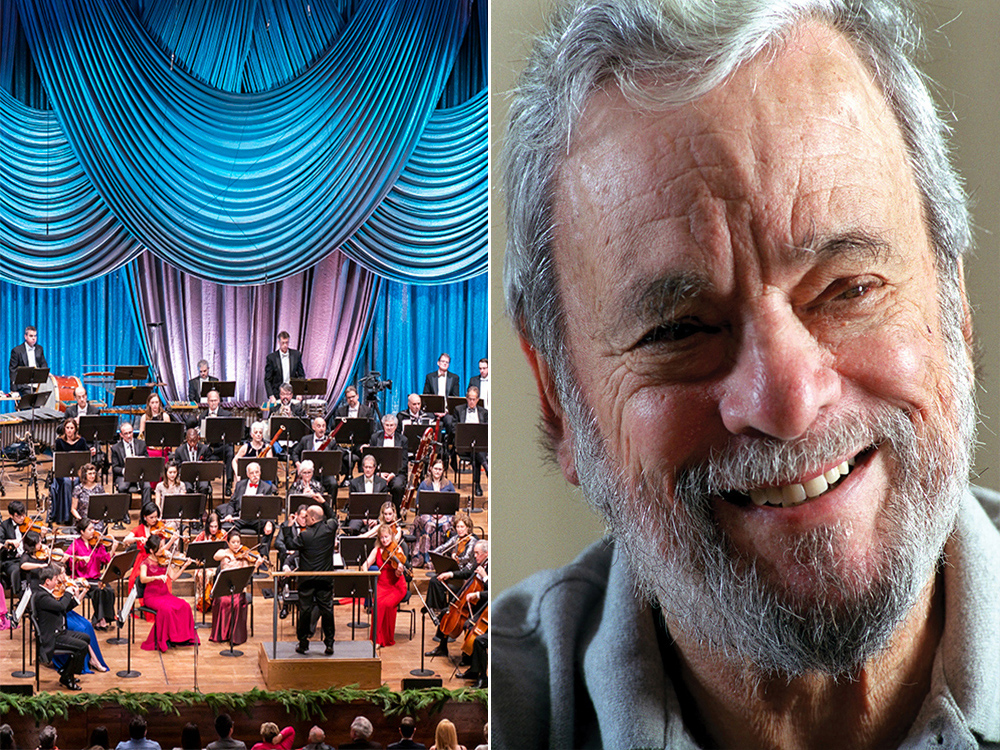 America’s greatest living composer-lyricist, Stephen Sondheim reinvented the Broadway musical. His career began more than 60 years ago when he penned the lyrics to Leonard Bernstein’s score for West Side Story, and it continues today with a much-anticipated adaptation of films by Luis Buñuel. In between, Sondheim utterly changed the musical as we know it, infusing show tunes with emotional complexity, intellectual heft, and, of course, dazzling rhymes. The New York Philharmonic celebrates the Broadway legend in its New Year’s Eve concert and telecast, Celebrating Sondheim. Tony Award winner Katrina Lenk (The Band’s Visit)—who this spring will lead a “gender blind” revival of Sondheim’s Company—will perform, and Alexander Gemignani makes his New York Phil debut as conductor. The orchestra will perform selections and suites from A Little Night Music, Assassins, Company, Into the Woods, Sunday in the Park with George, and Sweeney Todd: The Demon Barber of Fleet Street. Of course, great attention has been paid to the genius of Sondheim’s lyrics. This concert will give full scope to his rapturous, transporting music.

Live From Lincoln Center is made possible by The family of Robert Wood Johnson III, The Robert and Renée Belfer Family Foundation, and the National Endowment for the Arts. Additional funding for this episode is provided by the Public Broadcasting Service (PBS).