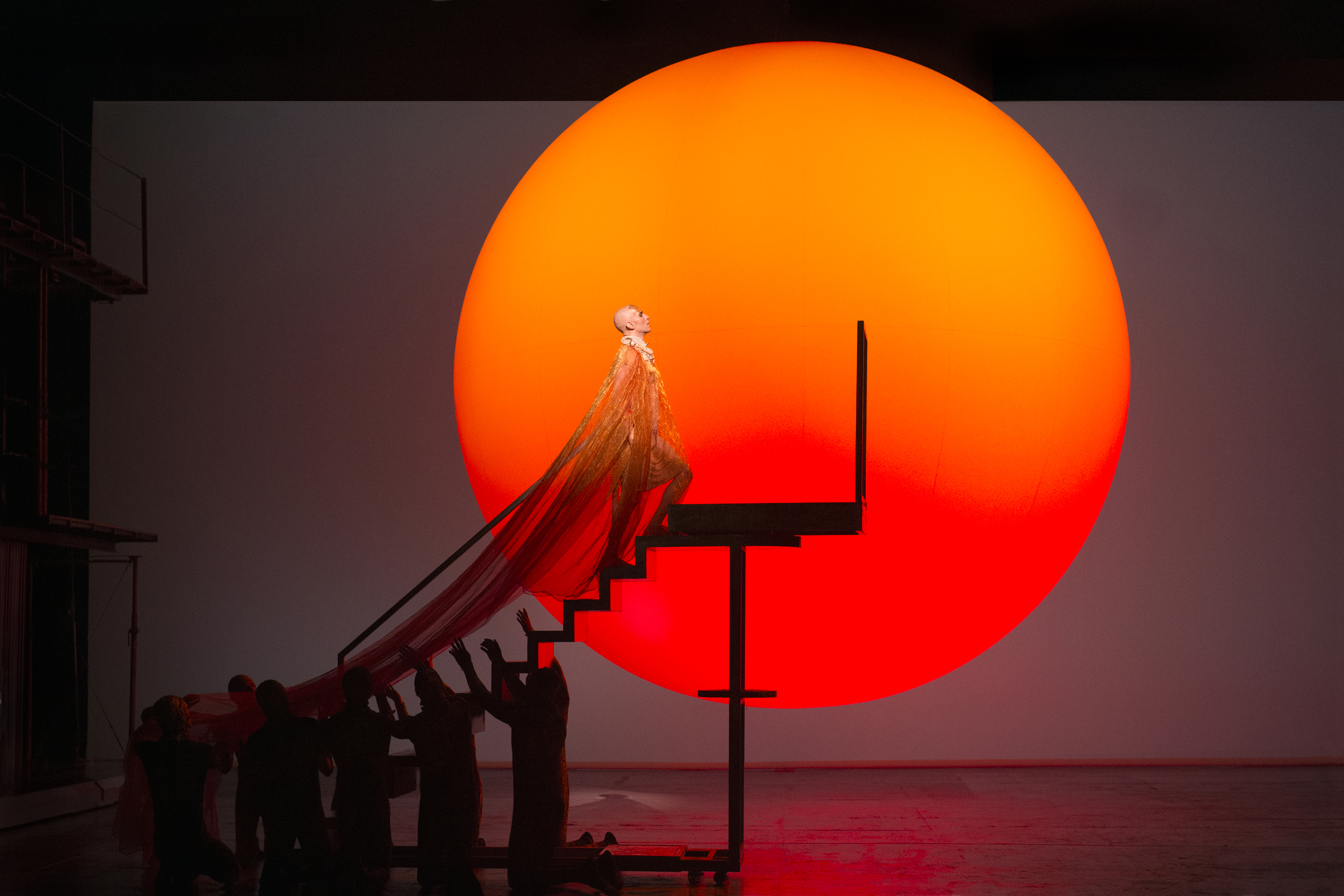 Director Phelim McDermott tackles another one of Philip Glass’s masterpieces, following the now-legendary Met staging of Satyagraha. Star countertenor Anthony Roth Costanzo is the title pharaoh, the revolutionary ruler who transformed ancient Egypt, with the striking mezzo-soprano J’Nai Bridges in her Met debut as his wife, Nefertiti. To match the opera’s hypnotic, ritualistic music, McDermott has created an arresting vision that includes a virtuosic company of acrobats and jugglers. Karen Kamensek conducts in her Met debut.

In collaboration with Improbable