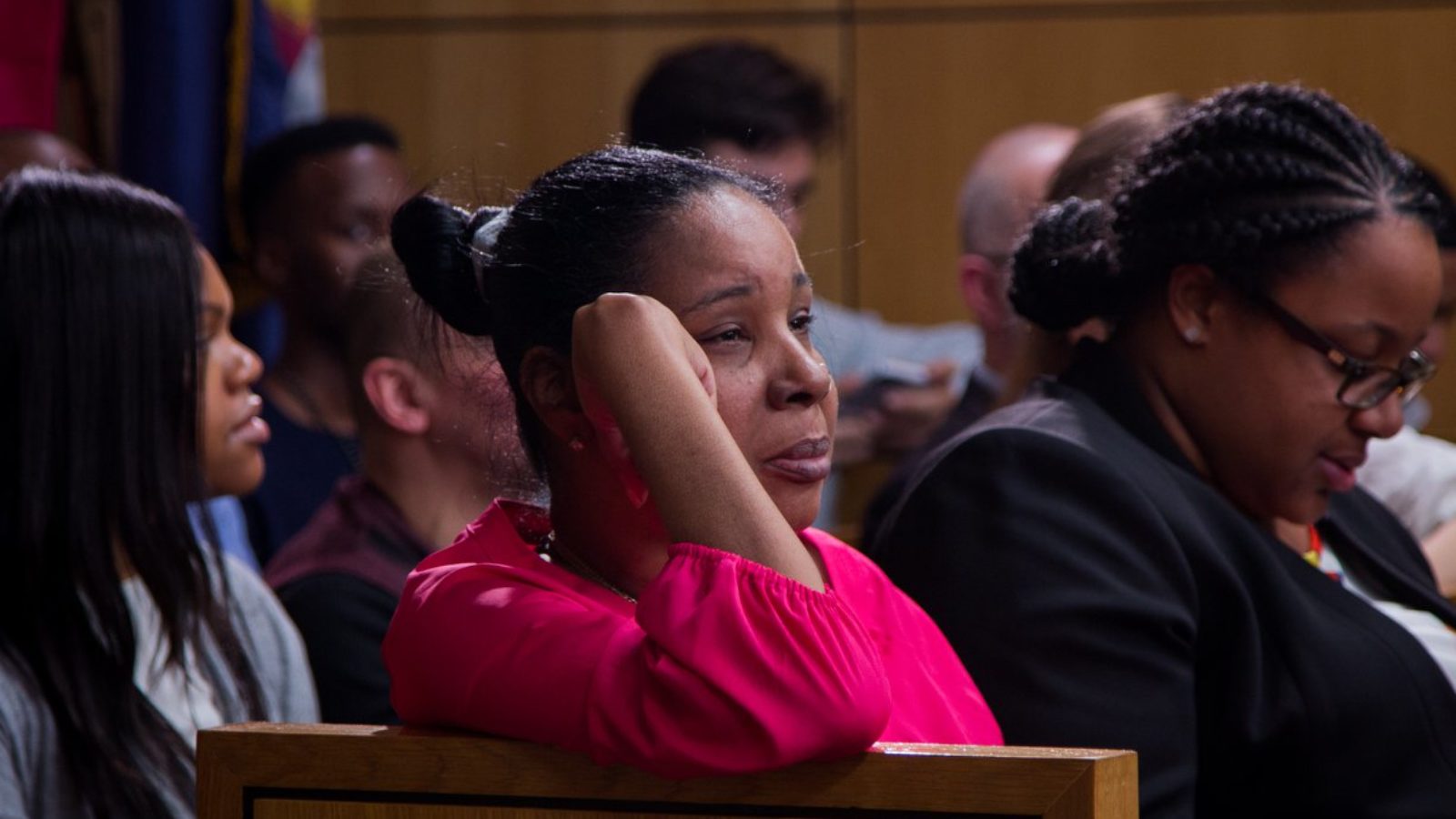 The idea is powerfully simple: engage the services of two actual legal teams to create a rigorous, legally based fictional—yet unscripted—trial that never happened for one of the nation’s most disturbing recent tragedies. The accused is Officer Daniel Pantaleo (only recently fired by New York City Police Commissioner James P. O’Neill), charged in the July 17, 2014 death of Eric Garner with reckless manslaughter and strangulation in the first degree. The judge is played by a seasoned defense lawyer, while the officer is played by the only actor in the cast (Anthony Altieri). Eyewitnesses, bystanders, friends, and his widow, Esaw Snipes, all come to testify; meanwhile, credible expert witnesses who would have likely been called to testify in a real trial provide their testimonies for both the prosecution and the defense to create fair judicial proceedings. Roee Messinger’s film goes deep into the case, placing the audience in the position of the jury. American Trial is a one-of-a-kind film, and this special screening will be free to the public.