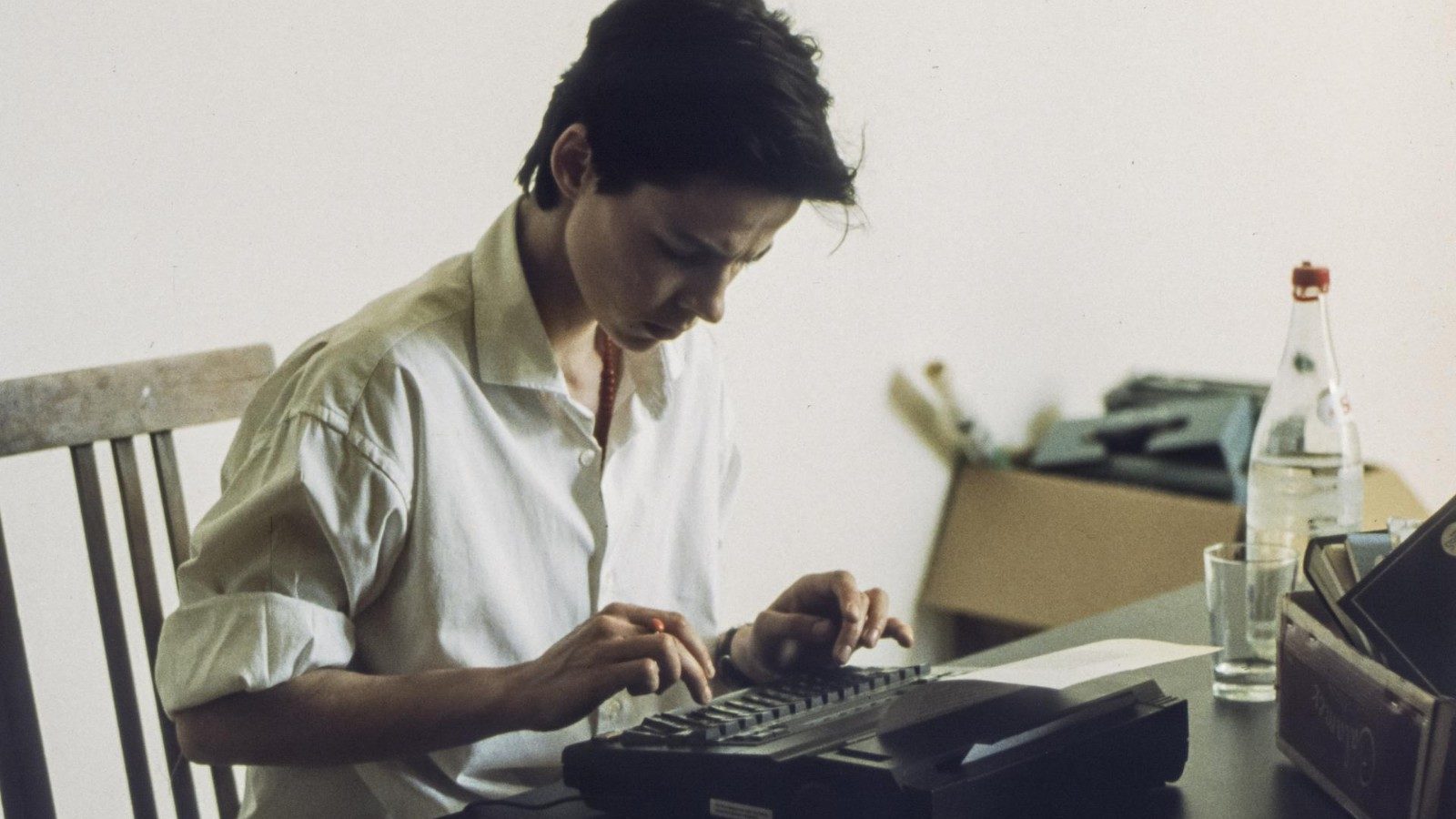 This rare program of Schanelec’s short films follows the director from her earliest films—including her 1994 graduation film, I Stayed in Berlin Over the Summer—through her contribution to the 2014 omnibus film The Bridges of Sarajevo.

I Stayed in Berlin Over the Summer
Angela Schanelec, Germany, 1994, 35mm, 47m
Schanelec’s graduation film, starring herself, follows the trials and tribulations of two couples in Berlin, their perceptions of others colored by subjective fantasy and their own positions within an anxious and frequently unforgiving world.

Princip Text
Angela Schanelec, Germany, 2014, 5m
For her contribution to the omnibus film The Bridges of Sarajevo, Schanelec stages a reading by a couple—one in Serbian, one in German—of excerpts from the transcript of the trial of Archduke Franz Ferdinand and the Duchess of Hohenberg’s assassin, Gavrilo Princip.