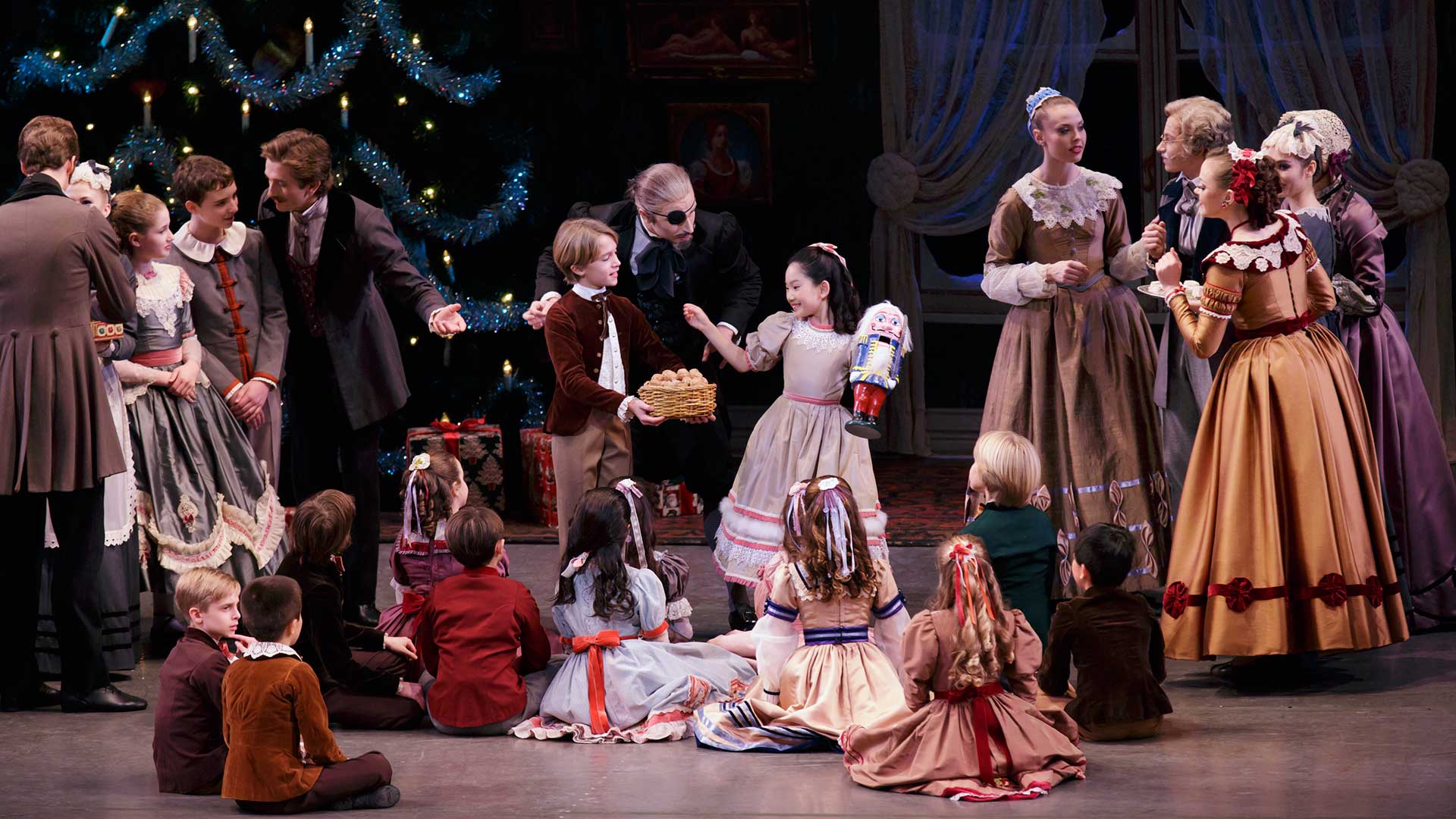 As the clock chimes midnight, a brave young girl turns the tide in a battle between toy soldiers and mischievous mice, and a blizzard of ballerinas reveal a wonderful world of confection.

During the holiday period, the entire Company is immersed in activities surrounding George Balanchine's The Nutcracker®. All 90 dancers, 62 musicians, 32 stagehands and two casts of 50 young students each from the School of American Ballet join forces to make each performance as magical as possible. Children of all ages from New York City and the nation fill the David H. Koch Theater to be captivated by the lure of Tschaikovsky's music, Balanchine's choreography, Karinska's sumptuous costumes, and Rouben Ter-Arutunian's magical sets. George Balanchine's The Nutcracker®, based on the Alexandre Dumas pere version of E.T.A. Hoffmann's tale, The Nutcracker and the Mouse King (1816), demands a full-scale production. The elaborate stage elements and intricate lighting unleash the viewers' imagination by providing visual effects that are extraordinarily grand. The most famous example is the one-ton Christmas tree that grows from a height of 12 feet to 40 feet, evoking audible gasps of disbelief from the audience at each performance. Other notable feats include the comic figure of Mother Ginger — 85 pounds and nine feet wide, the costume requires handling by three people once it is lowered by pulley over the dancer's head — as well as the continuous flutter of the purest, crystal-shaped snowflakes (which are swept up and conserved after each performance for reuse).

While these technical achievements are wonderful fun, it is Balanchine's choreography that sustains the ballet through two acts. Act I introduces the characters — the Stahlbaum children, Marie and Fritz, Herr Drosselmeier and his Nephew — and also begins the transition from reality into fantasy with the concluding Snowflake Waltz. Act II offers the complete transformation. We have entered the "Kingdom of the Sugarplum Fairy" and there is no turning back. George Balanchine's The Nutcracker® is one of the most complex theatrical, staged ballets in the Company's active repertory. The popularity of the ballet is immense and it provides an unforgettable spark to everyone's holiday season.