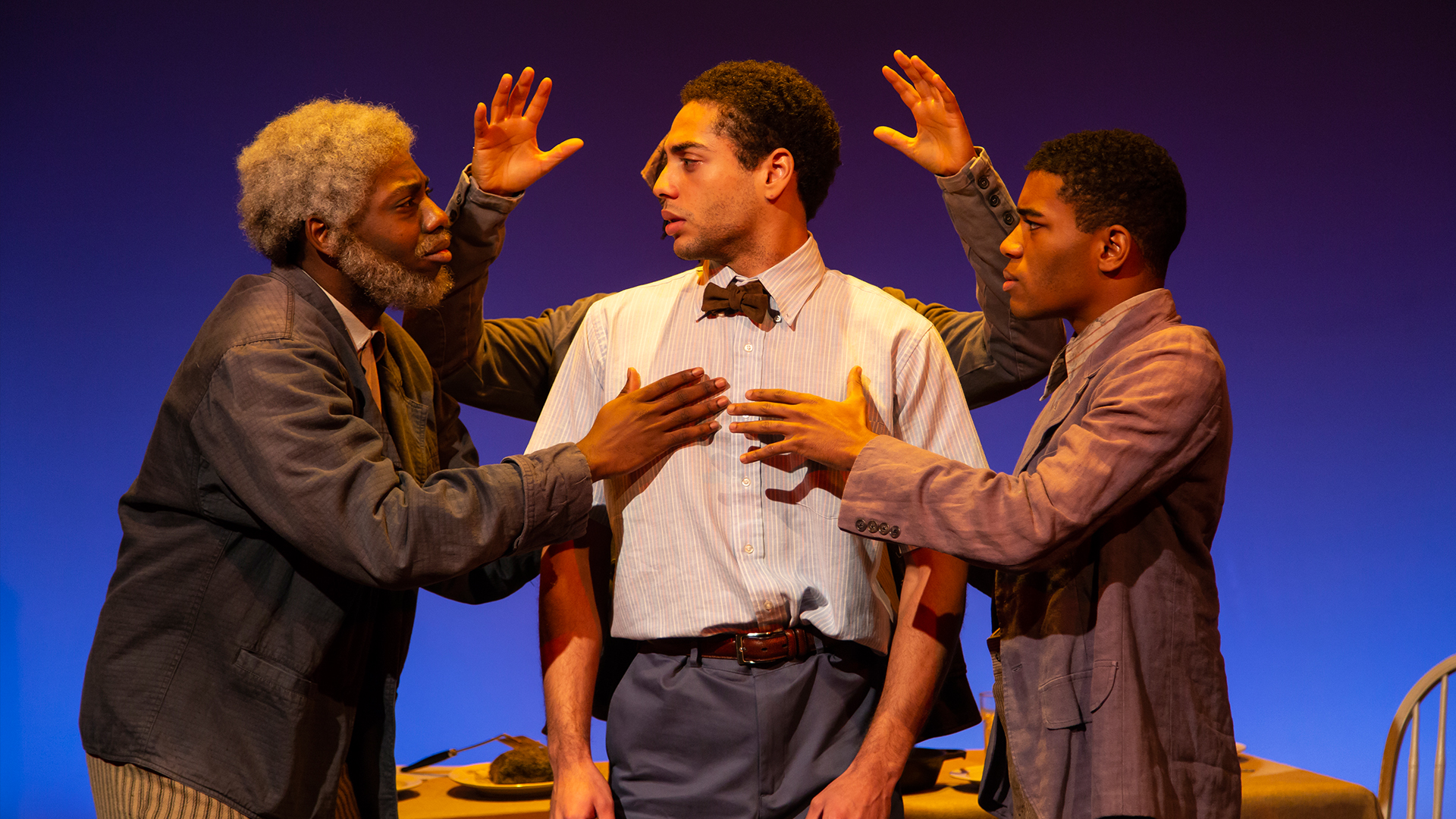 Juilliard Drama presents Paradise Blue written by Dominique Morisseau and directed by Brandon Dirden. The second play of 2018 MacArthur Foundation “Genius Grant” Fellow Dominique Morisseau’s Detroit Project trilogy, Paradise Blue finds jazz joint owner and musician Blue at a crossroads between the future and his past. When his Black Bottom neighborhood is threatened by gentrification and a mysterious woman arrives, the fate of his Paradise Club and the community which has formed there hangs in the balance. Underscoring this haunting drama are the soulful and heartbreaking cries of Blue’s jazz trumpet. Read the press release.