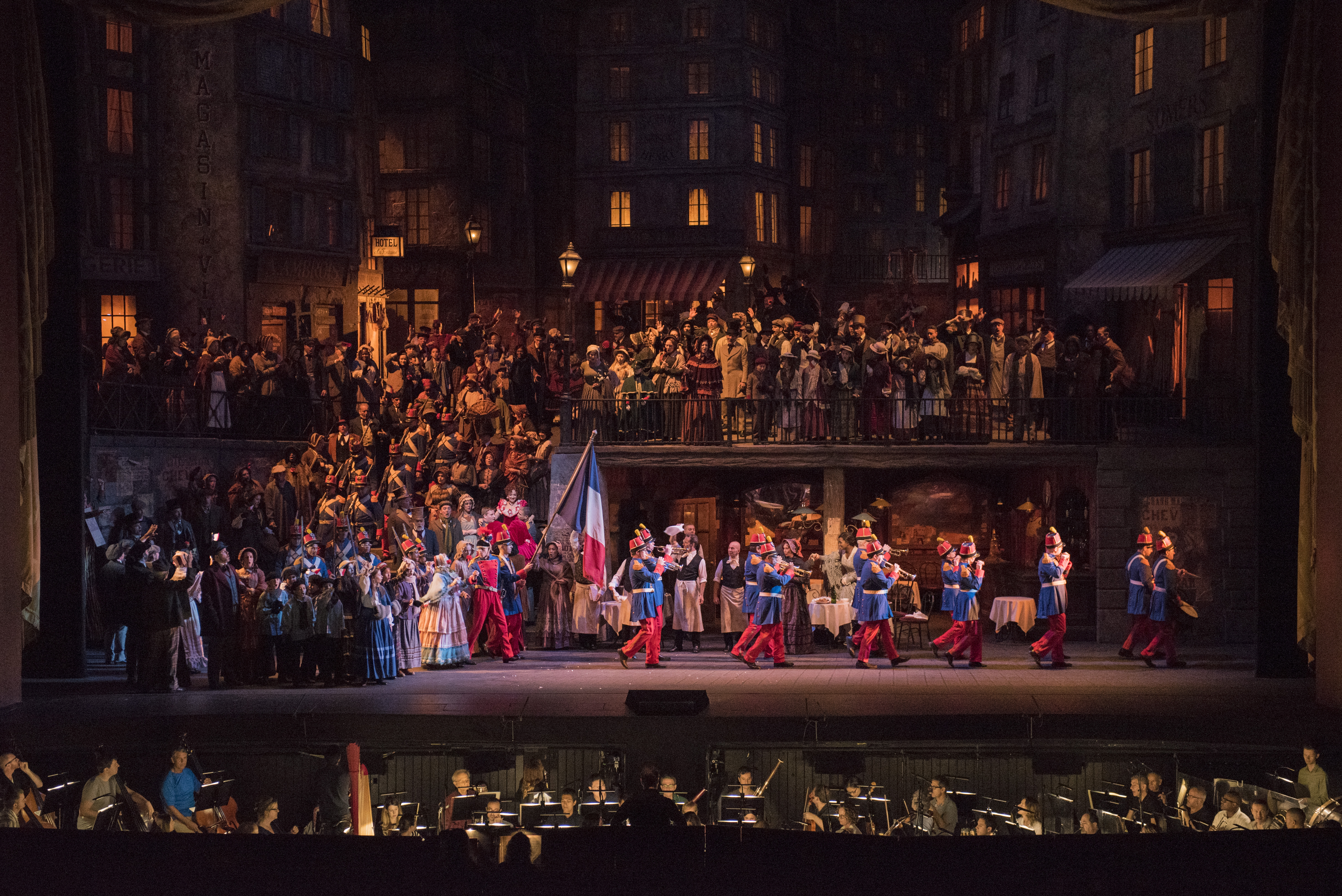 Puccini’s timeless masterpiece of love and loss features two casts of young stars. Sopranos Nicole Car (in her highly anticipated Met debut) and Ailyn Pérez share the role of the ill-fated Mimì, opposite tenors Vittorio Grigolo and Michael Fabiano as the ardent poet Rodolfo. After a celebrated Met debut as Mimì in 2017, Angel Blue returns as the spitfire Musetta, and Etienne Dupuis and Lucas Meachem appear as Marcello. James Gaffigan conducts.