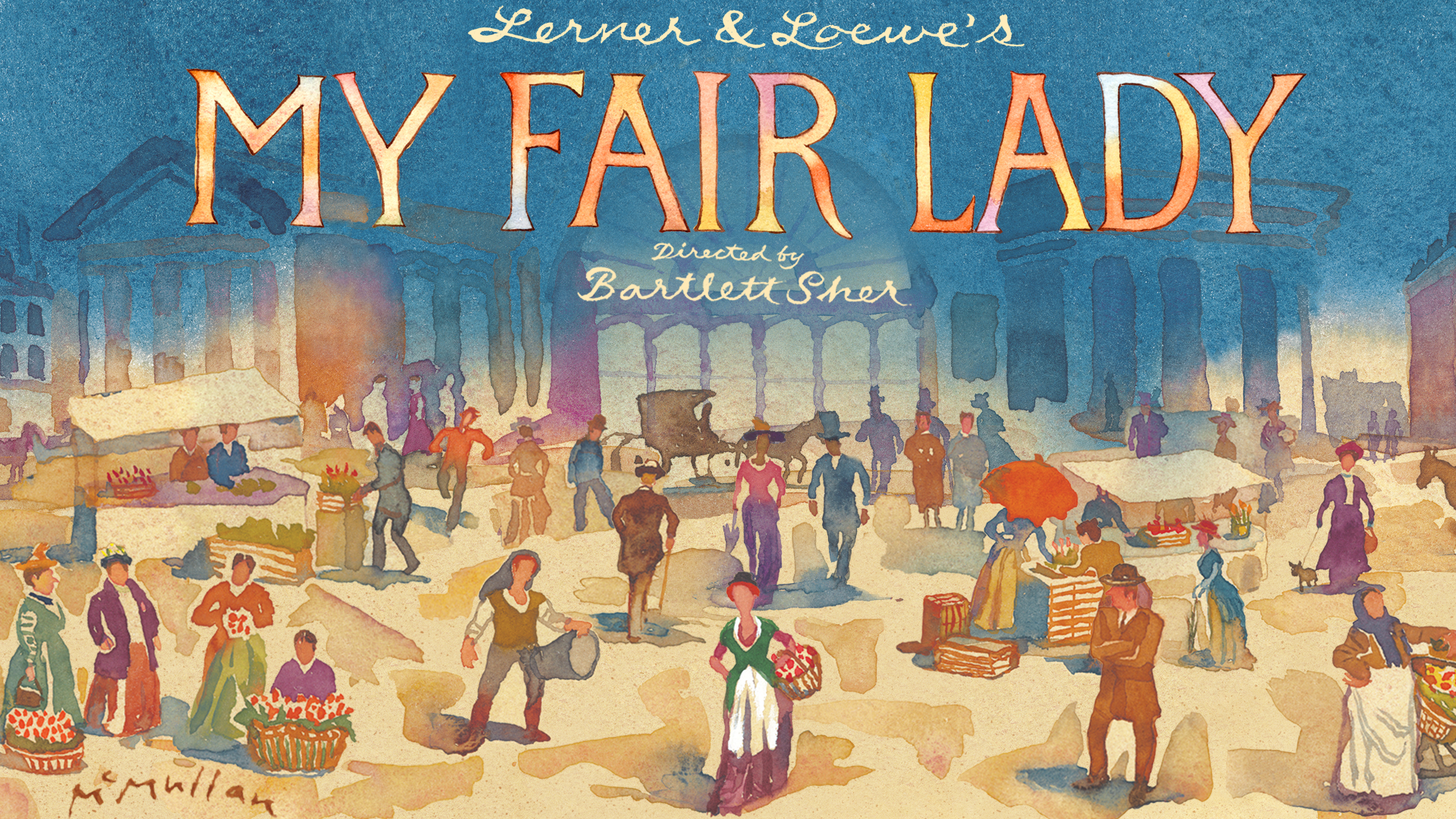 The most beloved musical of all time, Lerner & Loewe’s MY FAIR LADY returns to Broadway in a lavish new production from Lincoln Center Theater, the theater that brought you the Tony-winning revivals of South Pacific and The King and I.

Directed by Tony winner Bartlett Sher, the stellar cast - led by Laura Benanti, Harry Hadden-Paton, Alexander Gemignani, Rosemary Harris, Allan Corduner, Christian Dante White, Linda Mugleston and Clarke Thorell - tells the story of Eliza Doolittle, a young Cockney flower seller, and Henry Higgins, a linguistics professor who is determined to transform her into his idea of a “proper lady.” But who is really being transformed?

The classic score features “I Could Have Danced All Night,” “The Rain in Spain,” “Wouldn’t It Be Loverly” and “On the Street Where You Live.” The original 1956 production won six Tony Awards including Best Musical, and was hailed by The New York Times as “one of the best musicals of the century.”