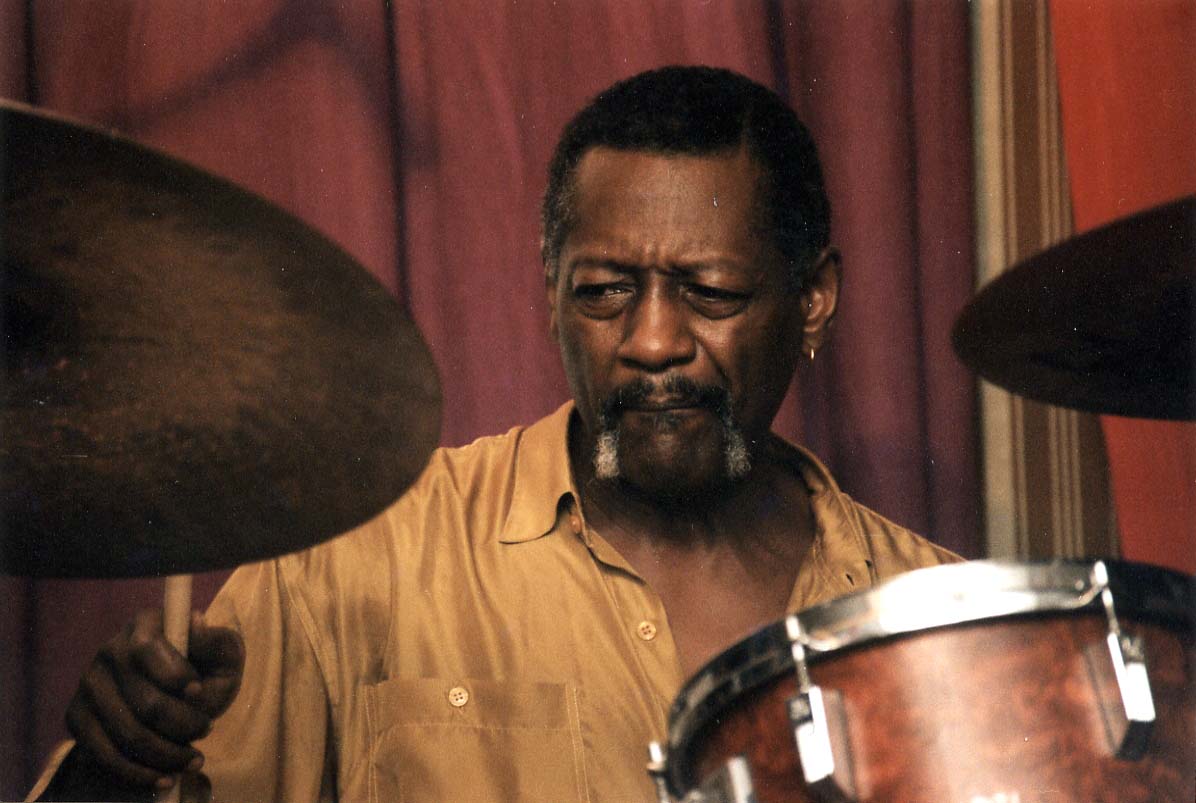 The Lessons from our Masters series features a master of jazz alongside a multigenerational band. Tonight’s master musician is legendary drummer and composer Victor Lewis, whose rapid rise to success sounds unbelievable if you haven’t heard him play. His story starts with a cliché: at age 24, he arrived in New York City with $200, a suitcase, and a drum set. Yet his first gig was with renowned bassist Buster Williams (a featured headliner at Dizzy’s Club later this month), and at that gig he met trumpeter and composer Woody Shaw. He quickly joined Shaw’s band, recording, touring, and even composing for Shaw’s group, while also playing with and writing for musicians such as David Sanborn and Carla Bley. Since those early years, his career has been split between leading his own acclaimed groups and working with a who’s who list of greats: Dexter Gordon, Stan Getz, Kenny Barron, Sonny Rollins, Art Farmer, J.J. Johnson, Mike Stern, John Stubblefield, Grover Washington Jr., The Manhattan Jazz Quintet, Ann Hampton Callaway, Bobby Hutcherson, Bobby Watson, Gary Bartz, Eddie Henderson, Johnny Griffin, Janis Siegel, Larry Willis, John Hicks, and Abbey Lincoln. In other words, Lewis is one of the first calls when top musicians need a drummer, and you if haven’t seen him play before, one show is all it takes to understand.

Lewis will play tonight alongside a group led by trumpeter Josh Evans, a rising star in the jazz scene who, despite his relatively young age, has also consistently been called on by modern icons like Christian McBride, Jackie McLean, Cedar Walton, and Gregory Porter. A sharp, exciting, and tastefully boundary-pushing player, Evans is in top demand from veterans and contemporaries alike. His band was even featured in another recent Lessons from our Masters program with saxophone master Billy Harper. Don’t miss out on this special collaboration as part of our 2019 Generations in Jazz Festival.

Add to Calendar America/New_York Lessons from Our Masters: Victor Lewis with the Josh Evans Quartet - There are no physical tickets for Dizzy’s Club events, reservations are recommended. Doors open at 6:00pm for the 7:30pm set and 9:00pm for the 9:30pm set. The venue offers a full dinning... Dizzy's Club, 10 Columbus Cir, New York, NY 10023 Lincoln Center false MM/DD/YYYY aho3e0k00zv7rk56sm4e178
Share