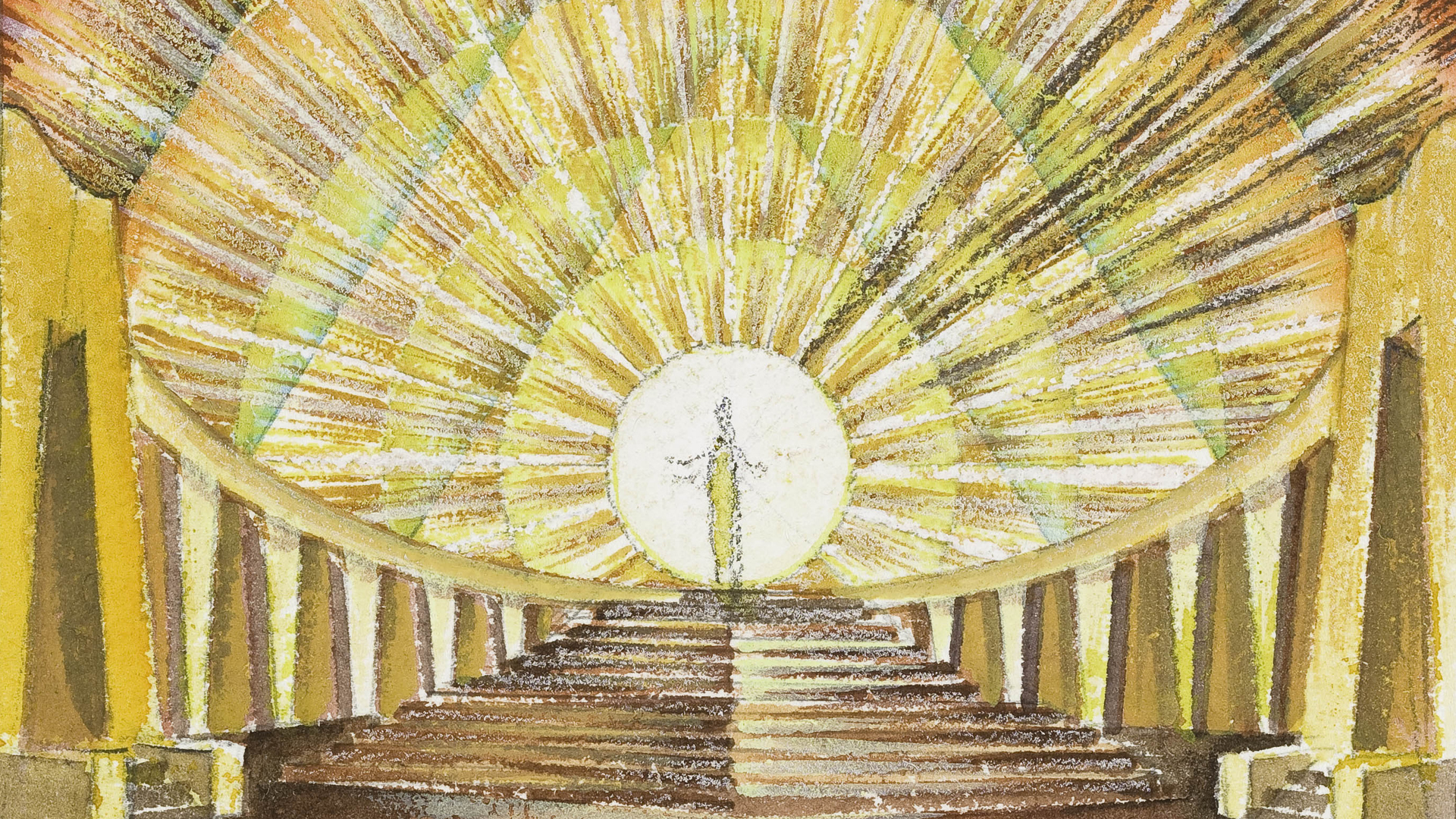 “Magical Designs for Mozart’s Magic Flute” is an exhibition that compares scenic and costume designs from a select group of 20th and 21st century productions extolled for their remarkable visual achievement. Included are rare renderings from historic productions in the holdings of the New York Public Library for the Performing Arts. Conceived and curated by renowned designer Judy Levin and organized by the Kent State University Museum in partnership with the Library, it will include designs, set models, properties and costumes.

Since its premiere in 1791, this opera has inspired countless teams of directors and designers to create a cornucopia of imaginative productions that have beguiled audiences of all ages. This is the tale of Prince Tamino and his efforts to rescue Pamina, the daughter of the Queen of the Night. He is accompanied by a bird catcher called Papageno, and guided by three spirits who provide a Magic Flute to aid him. The struggle between the Queen of the Night and Sarastro, the high priest of Isis and Osiris, who represents the forces of light, and the eventual triumph of reason and virtue have enthralled and delighted audiences worldwide for over two hundred years.

The group of productions to be featured will include those emphasizing the masonic themes replete with Egyptian and exotic motifs as well as fanciful and more abstract versions setting the scene in later times and places. Costumes from the Metropolitan Opera’s 1967 production designed by Marc Chagall, and from the Salzburg Festival, including productions designed by Jean-Pierre Ponnelle, Achim Freyer, and Karel Appel are included in the exhibition. Stage designs by William Kentridge, Joseph Hoffman, Richard Rychtarik, David Hockney, Maurice Sendak, Gerald Scarfe ,  Philip Prowse, Julie Taymor,  John Conklin and  Jun Kaneko will be featured among others. This unique exhibition will provide an unparalleled opportunity to examine the varying visual interpretations of this singular opera by exceptional theatre artists.