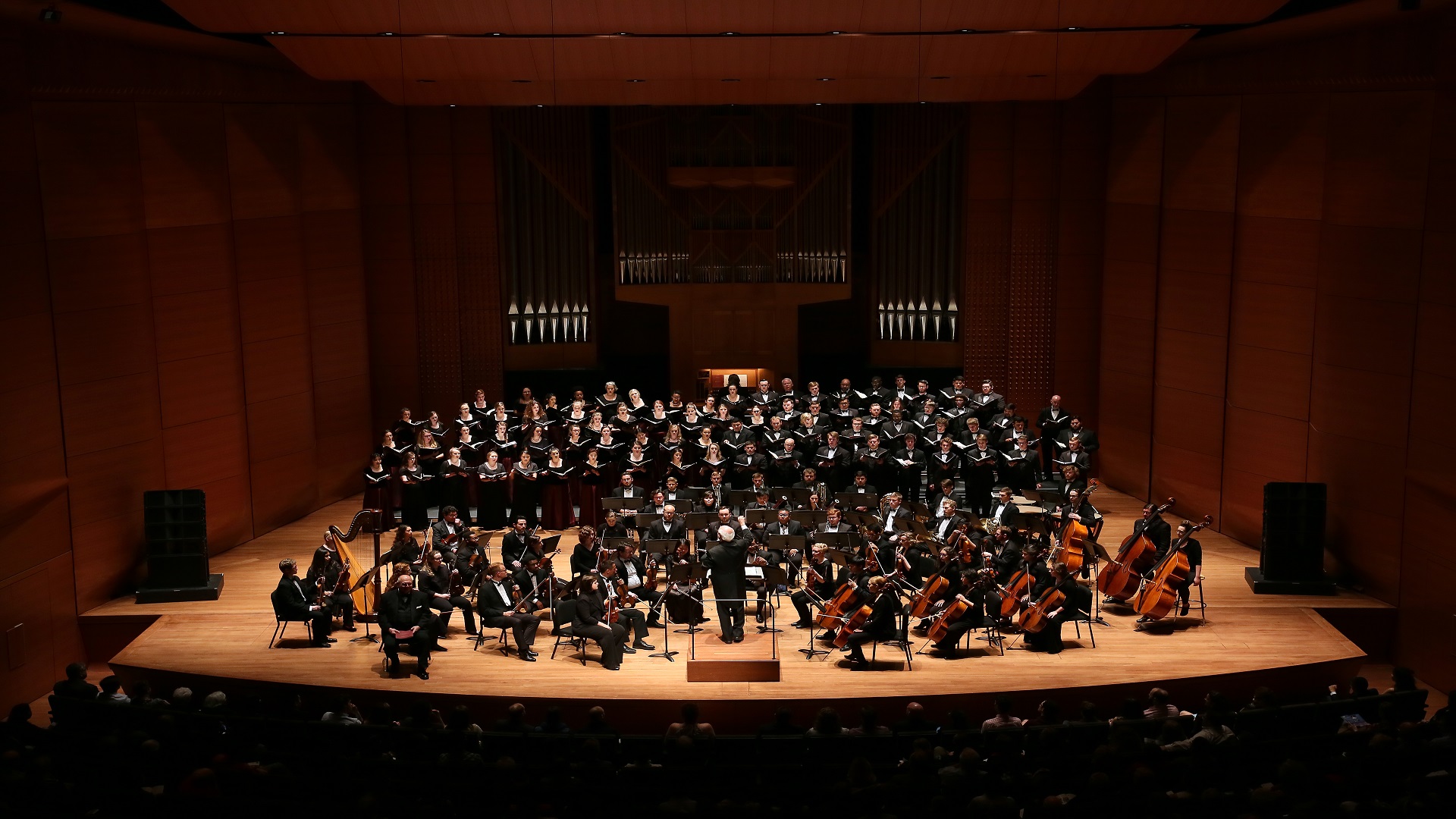 Manhattan Concert Productions presents The Midnight Ride of Paul Revere by composer René Clausen. This exciting work will be led by father and son guest conductors and composers René Clausen and Joshua Clausen. Written by René Clausen, The Midnight Ride of Paul Revere will be performed by the National Festival Chorus and Brooklyn Wind Symphony. Using the famous Longfellow poem, "The  Midnight Ride of Paul Revere", Dr. Clausen’s  five movements invoke the excitement of the horse ride as well as the quiet of the streets, the beauty of the night, the history of the rickety old bell tower, and the breathless excitement as the message is delivered. The concert will also feature Joshua Clausen’s Requiem and Into the strenuous briefness. Both conductors bring a wealth of expertise to this concert. René Clausen is current conductor of The Concordia Choir since 1986 and is the artistic director of the Emmy award-winning Concordia Christmas Concerts. The concert will also feature a performance from Lewis-Clark State College Concert Choir, led by Sarah J. Graham.