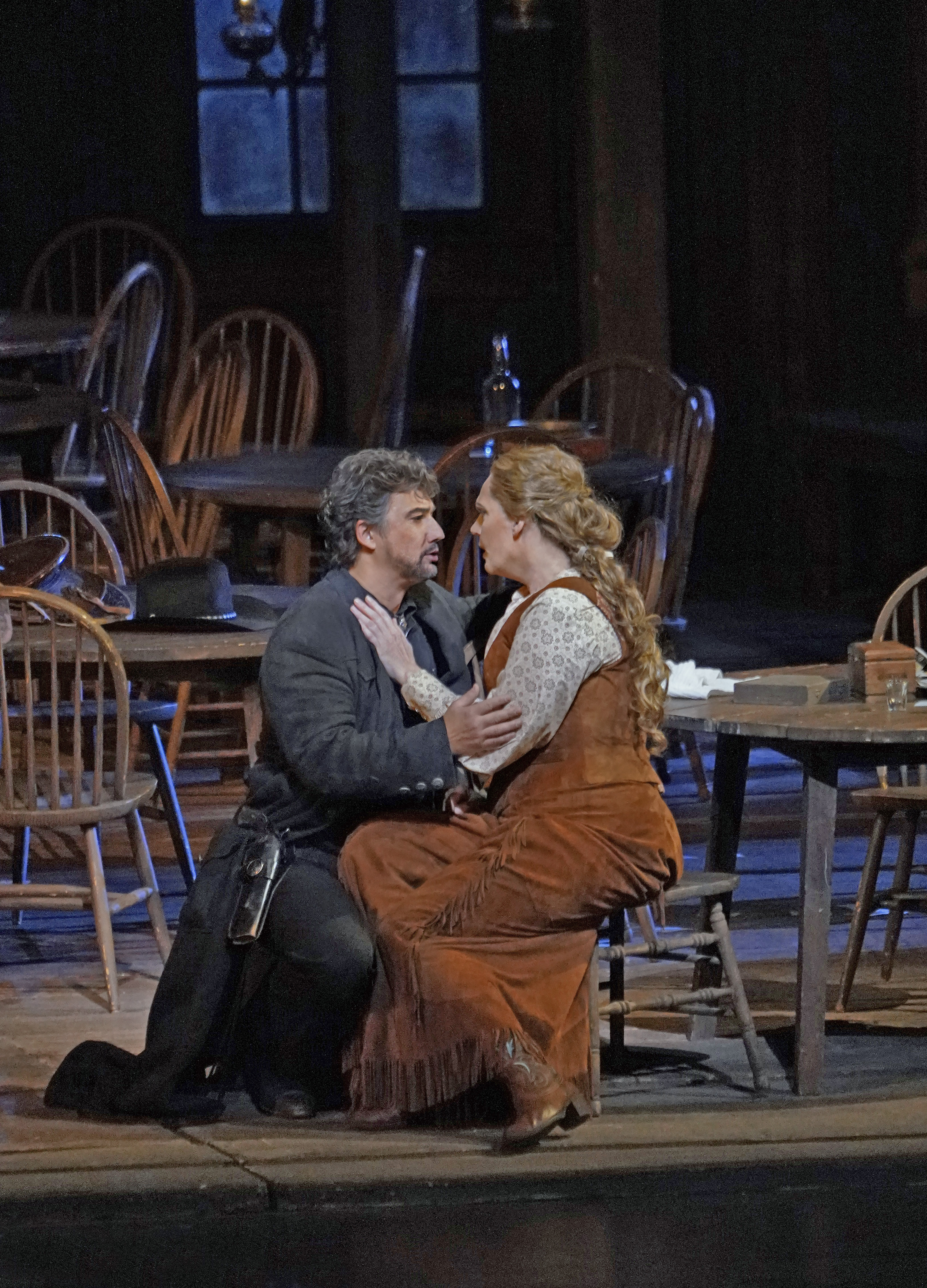 Eva-Maria Westbroek is the fearless heroine of Puccini's romance of the Wild West, opposite tenor Jonas Kaufmann as an outlaw hoping for redemption. Original transmission: October 27, 2018