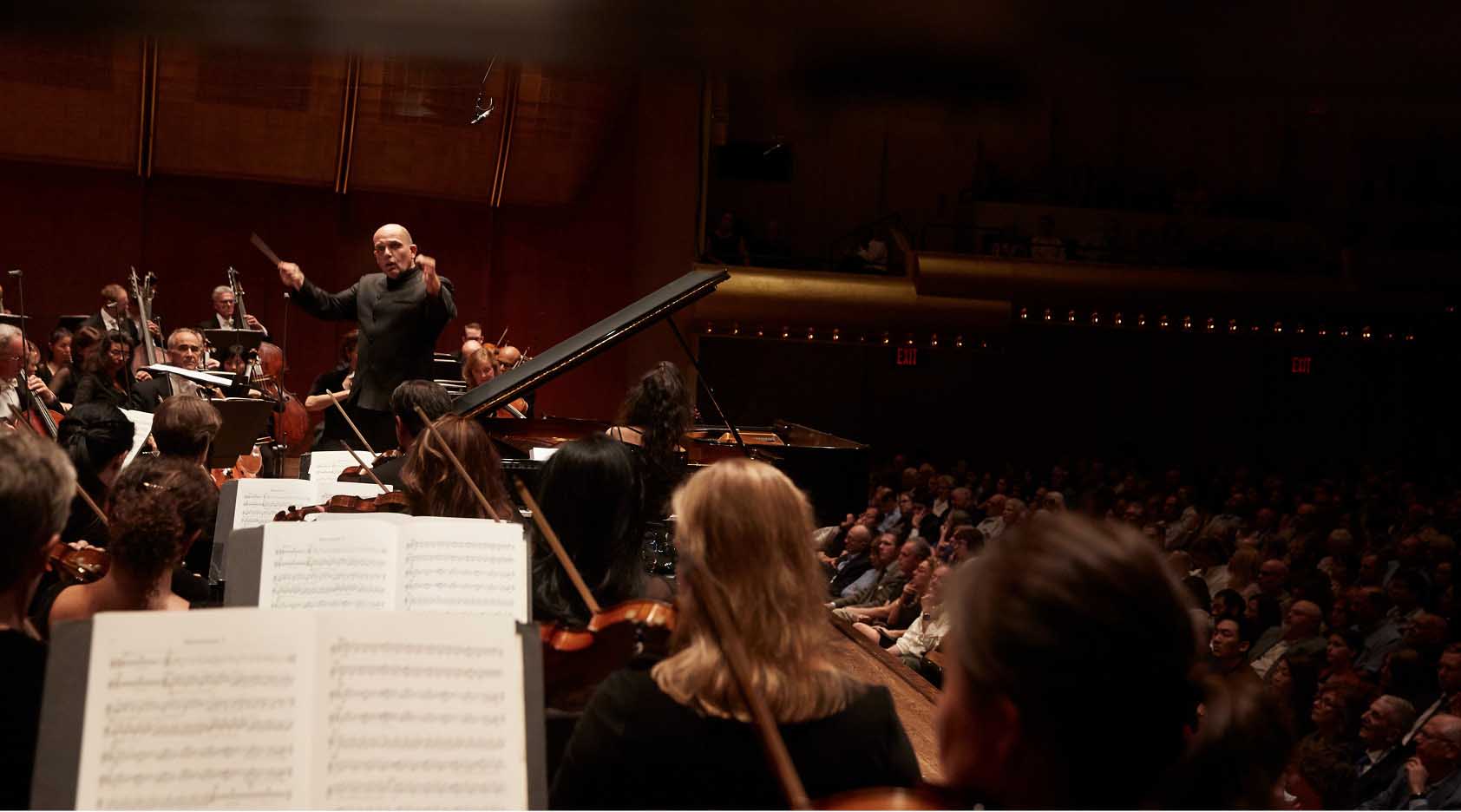 Jaap van Zweden conducts symphonic “bookends” by Mozart — his first, composed at age eight, and his final and grandest, the 41st, aptly named for the king of the gods. Emanuel Ax returns for a musical doubleheader: Haydn’s most popular piano concerto, ranging from poetic passages to a Hungarian rondo in its finale, and Stravinsky’s Capriccio — a wild fusion of Baroque touches and jazzy romp.