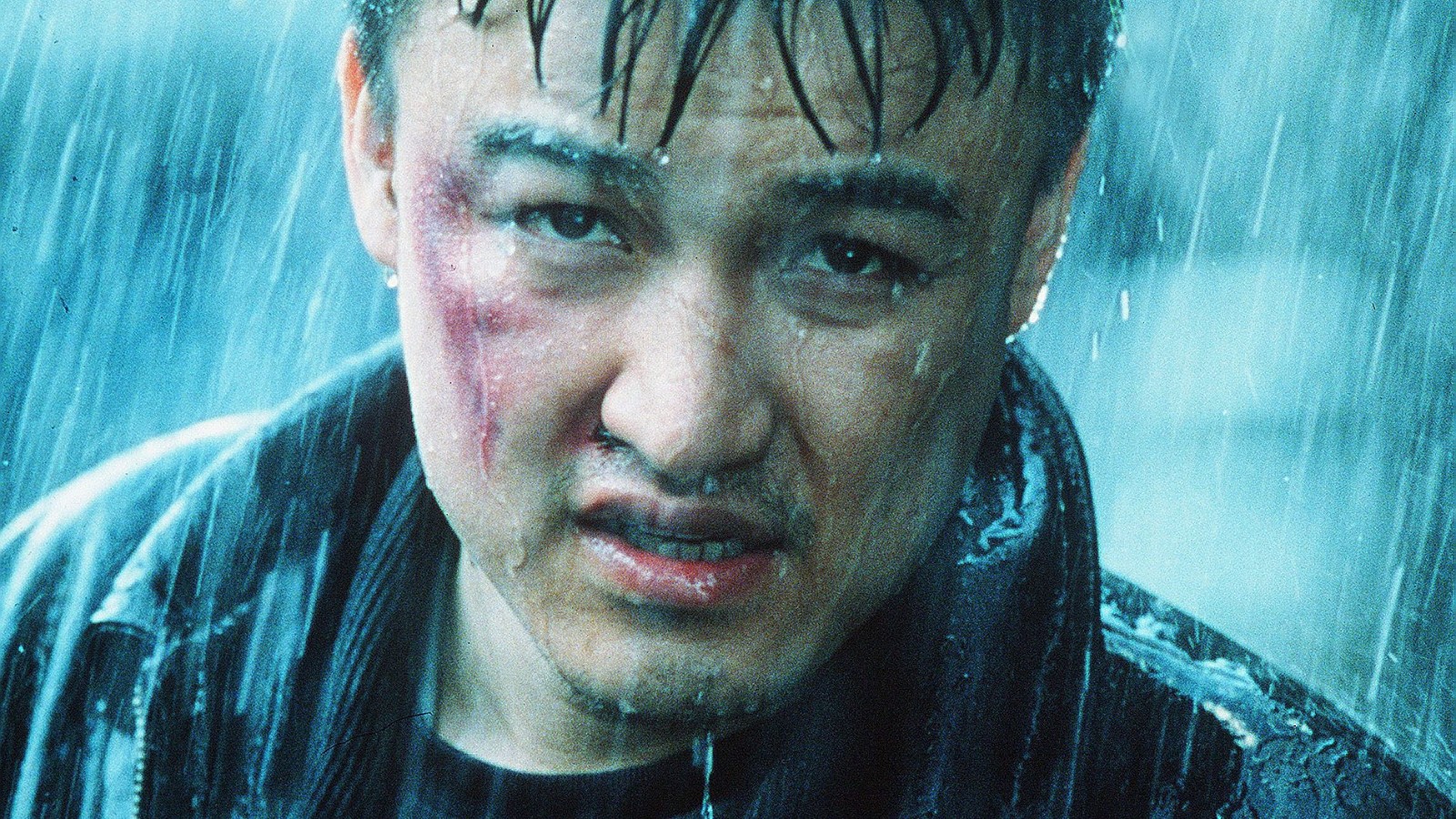 A pulp policier done up in shoot-the-works avant-garde style, this hallucinatory thriller follows a pair of dogged detectives (Park Joong-hoon & Jang Dong-gun) on a grueling 72-day manhunt for an elusive killer—a relentless cycle of stakeouts, chases, and hyper-inventive, slo-mo fight sequences. Rolling the visual influences of film noir, silent cinema, slapstick comedy, and Hong Kong action cinema into one eye-popping, feverishly stylized package, Nowhere to Hide is both an optical tour-de-force and a potent study of grim determination. Bonus points for a soundtrack that makes particularly memorable use of early, psychedelic-era Bee Gees. New 4K Restoration.