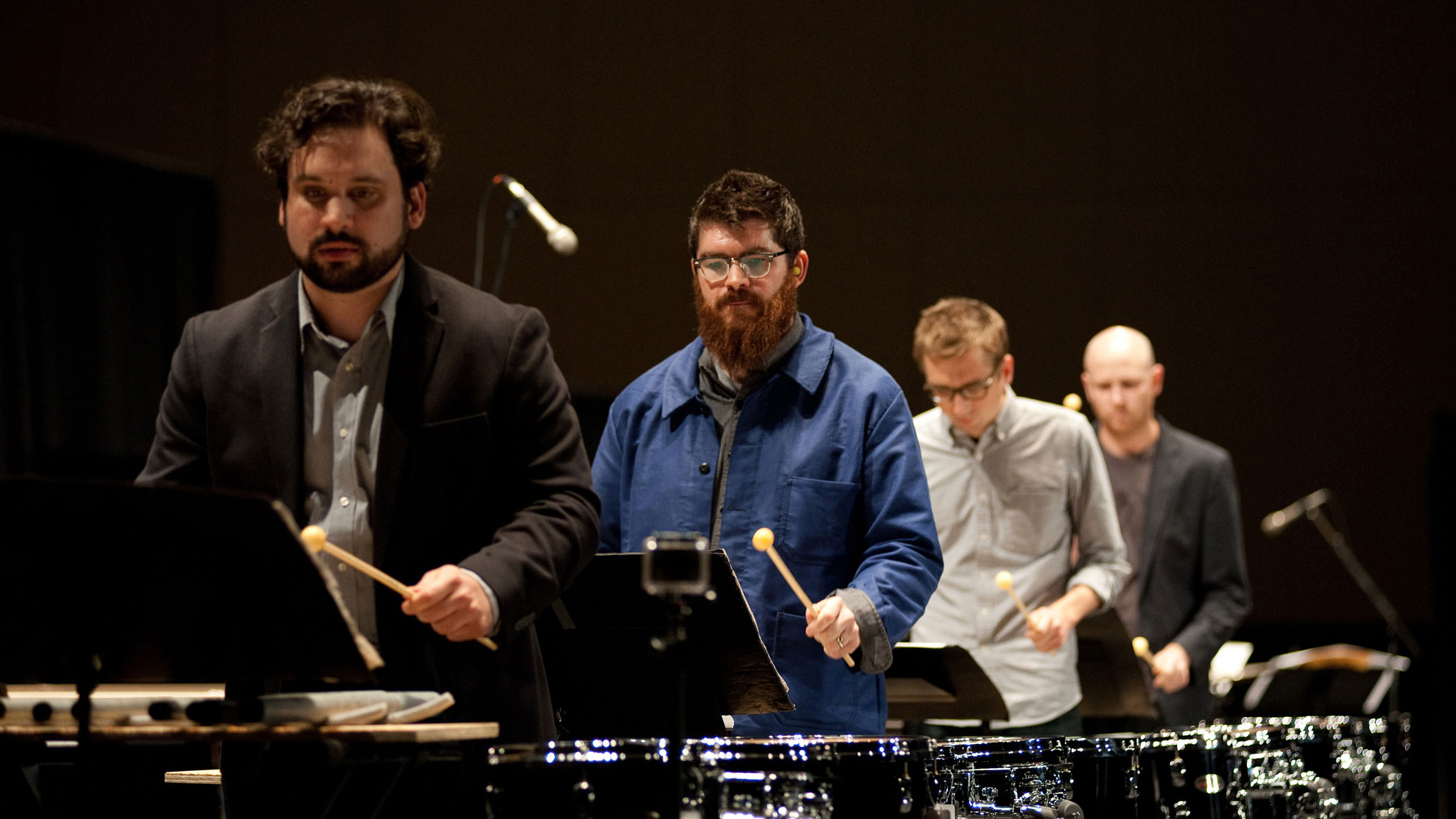 This event has passed
Sō Percussion
Photo by Claudia Hansen

Considered one of the first minimalist masterpieces, Drumming marks a major shift in Reich’s early work, integrating the live performance processes he’d been developing with looped tapes. With kaleidoscopic textures that bloom from a single repeated rhythm, this major, four-part percussion work continues to intrigue and impress audiences 45 years after its premiere.

Performed on bongos, marimbas, glockenspiels, a piccolo, and with female voices, Drumming’s crisscrossing patterns induce gradual shifts in timbre, mood, and spatial perception. The result is a work that, like many of Reich’s later pieces—including the iconic Music for 18 Musicians—is at once meticulous in its parts and wholly immersive. Sō Percussion, who released a critically acclaimed recording of Drumming in 2004, is a thrilling champion of Reich’s works and an expert guide to this essential musical experience.