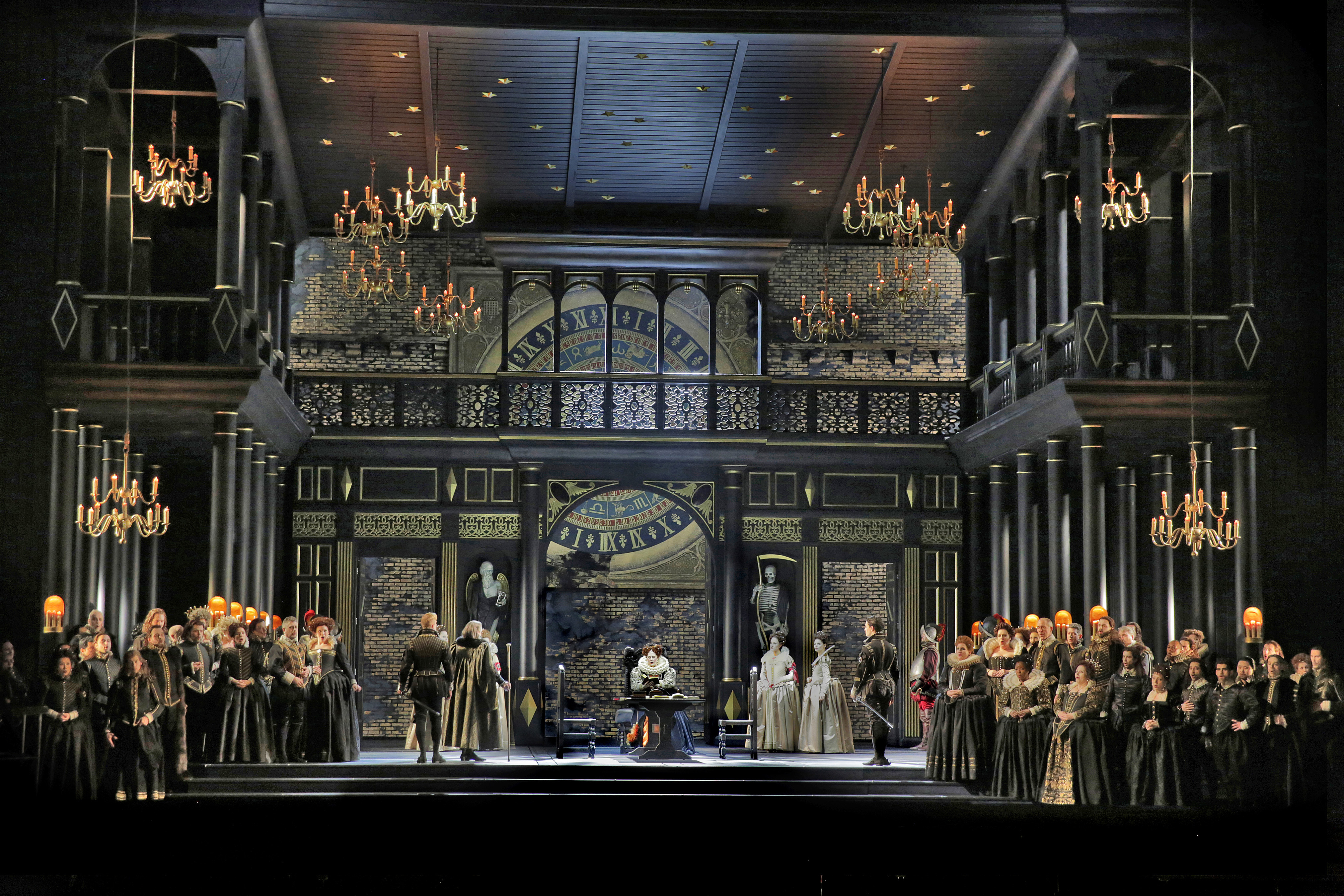 Soprano Angela Meade and mezzo-soprano Jamie Barton triumphed when they appeared together in Norma in 2017, and now the pair returns in the enthralling final installment of Donizetti’s Tudor Trilogy. Tenor Stephen Costello takes on the title role, a man caught between his duty to Queen Elizabeth I, sung by Meade, and his clandestine love for the noble Sara, sung by Barton. Baritone Davide Luciano is Sara’s husband, the duke of Nottingham. Maurizio Benini conducts Sir David McVicar’s stunning production.

Co-production of the Metropolitan Opera and Théâtre des Champs-Élysées

Production a gift of The Sybil B. Harrington Endowment Fund

Revival a gift of the NPD Group, Inc.