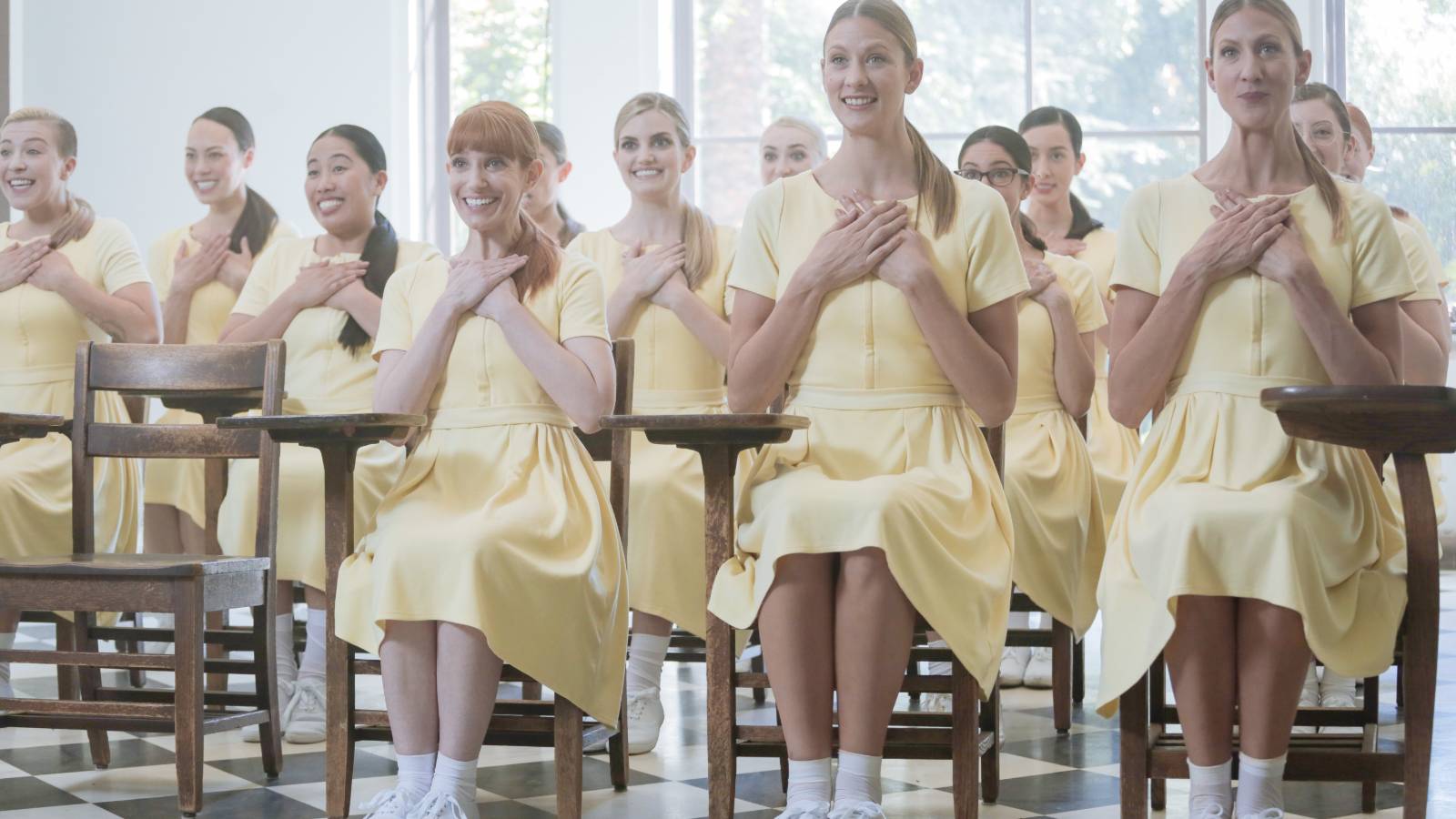 Eleanor of Illinois
Danielle Durchslag, USA, 2019, 6m
U.S. Premiere
In this experimental short, Broadway star Judy Kuhn embodies Katharine Hepburn’s Eleanor of Aquitaine from The Lion in Winter, but as a contemporary Jewish mother. The result is an exploration of the emotional, class, and power dynamics of Jewish wealth.

Marriage Material
Oran Zegman, USA, 2019, 25m
New York Premiere
In this darkly comic musical, a young woman enrolls in a retreat designed to transform her into “marriage material” after her boyfriend rejects her marriage proposal. There, she must confront what she’s willing to sacrifice for love.

Silhouette of the Braids
Rotem Dimand, Israel, 2019, 15m
U.S. Premiere
In this poignant look at how mother-daughter relationships evolve from one generation to the next, a woman and her mother unearth the family archive of 8mm home movies of her grandmother’s life in 1960s Tel Aviv.