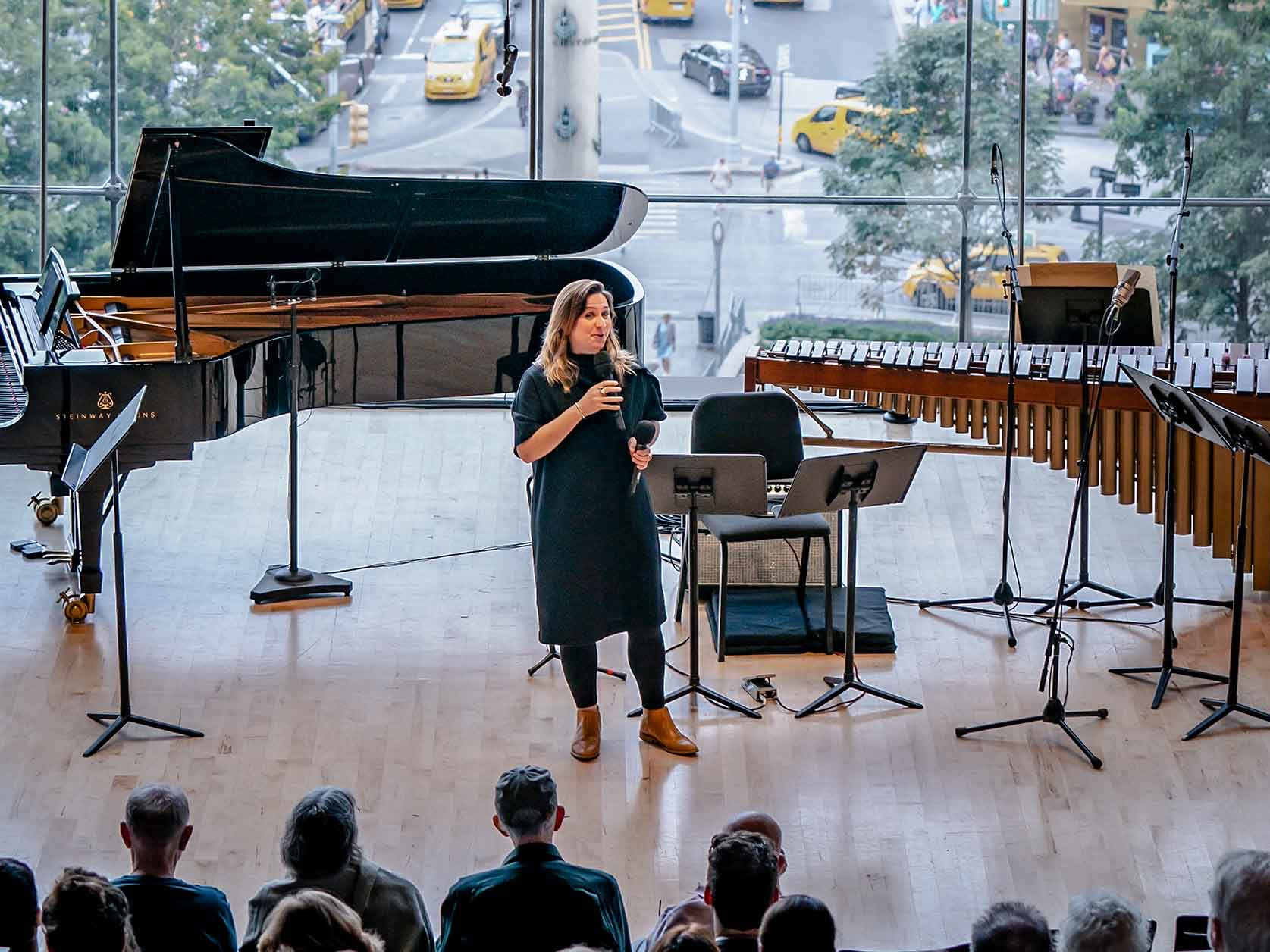 Sound and stimulation are set to “on” at this new-music series at The Appel Room, overlooking Central Park. The series continues with Philharmonic musicians joining vocalists in World Premieres by Joan La Barbara, Nicole Lizée, and Paola Prestini — commissioned by the Philharmonic as part of Project 19 — alongside works by Crumb and Berio in a concert hosted and curated by Nadia Sirota, Creative Partner.

Project 19 is a multiyear New York Philharmonic initiative that features commissions by 19 women composers in honor of the centennial of the 19th Amendment.

Joan La Barbara: Ears of an Eagle; Eyes of a Hawk: In the Vortex (World Premiere–New York Philharmonic Commission)

Musicians from the New York Philharmonic