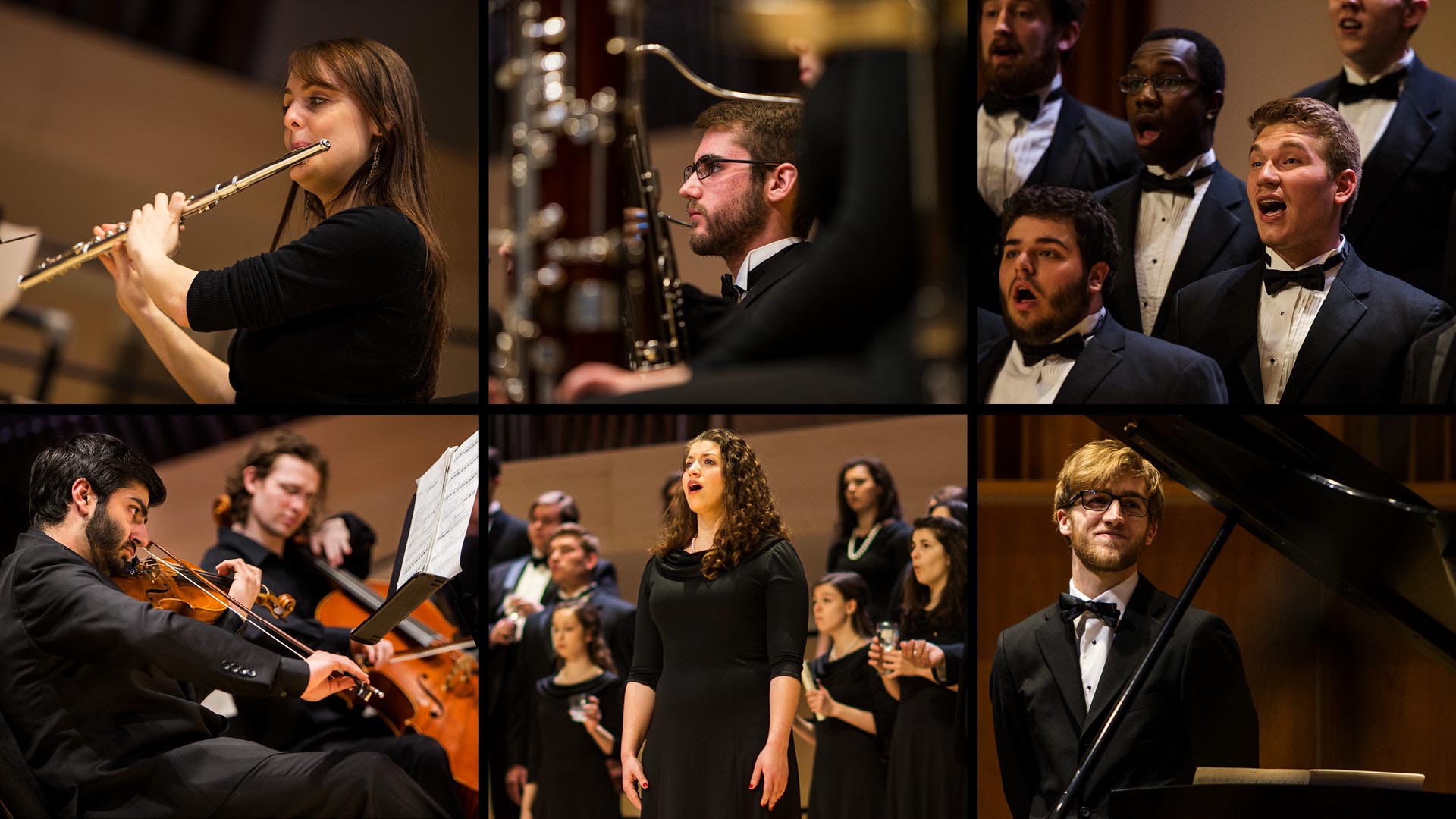 This concert features the world premiere of Ithaca College alumnus Dominick DiOrio's Solaris, A Choral Symphony in Three Movements. The program also includes a staged performance of Siegfried Idyll by Richard Wagner and a moving rendition of Prayers of Kierkegaard by Samuel Barber.