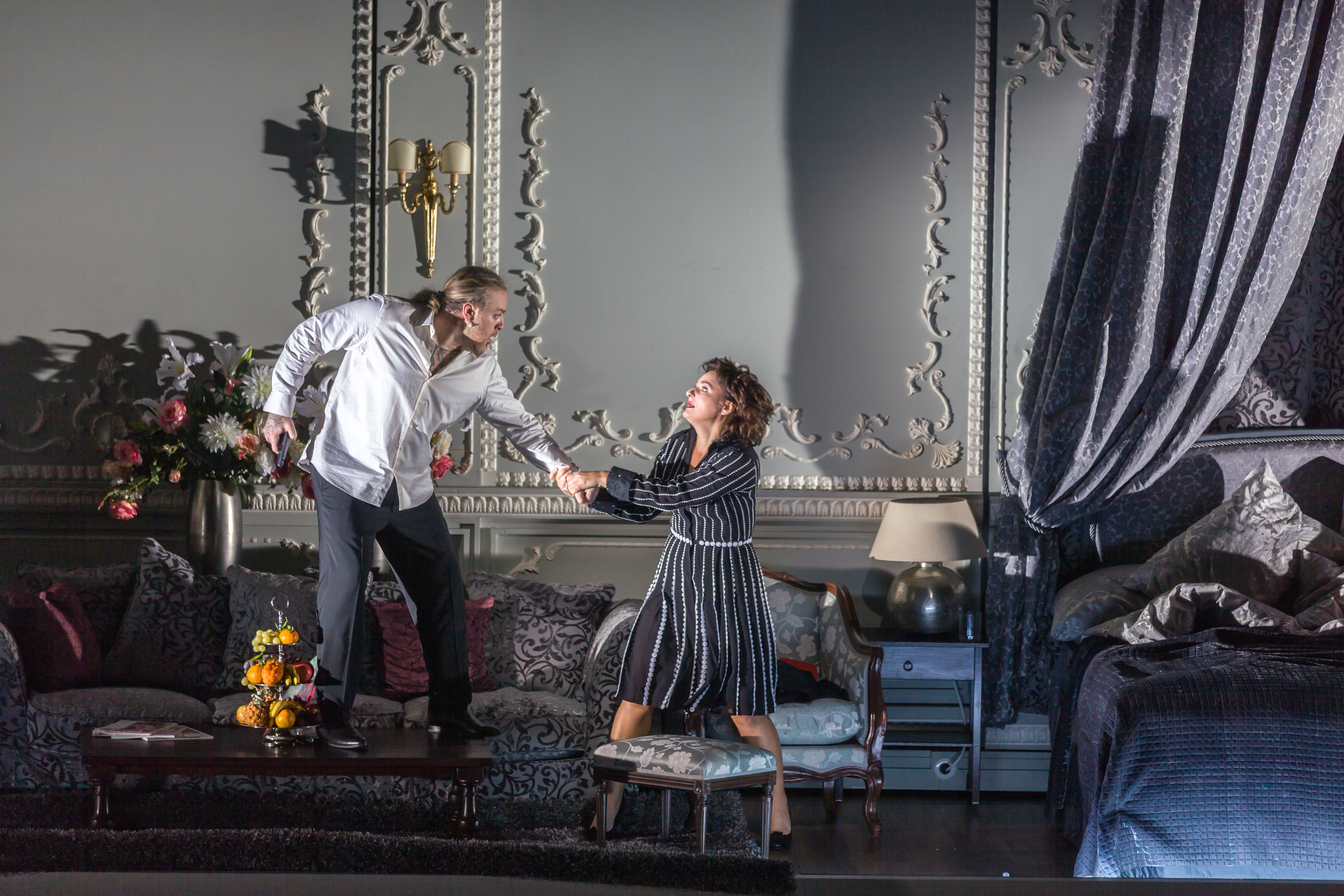 Two noteworthy Met firsts converge: the company debut of Australian director Barrie Kosky, one of opera’s brightest and boldest minds for more than two decades, and the Met premiere of Prokofiev’s epic masterwork of love, sorcery, and possession. Bass-baritone Evgeny Nikitin is the knight Ruprecht, opposite soprano Svetlana Sozdateleva, making her Met debut as the desperate Renata, in search of a mysterious angelic lover. Conductor Michail Jurowski makes another important debut, overseeing Kosky’s imaginative and visually striking production, which The Financial Times hailed as “a gripping evening” at its Munich premiere.

Production a gift of the National Endowment for the Arts