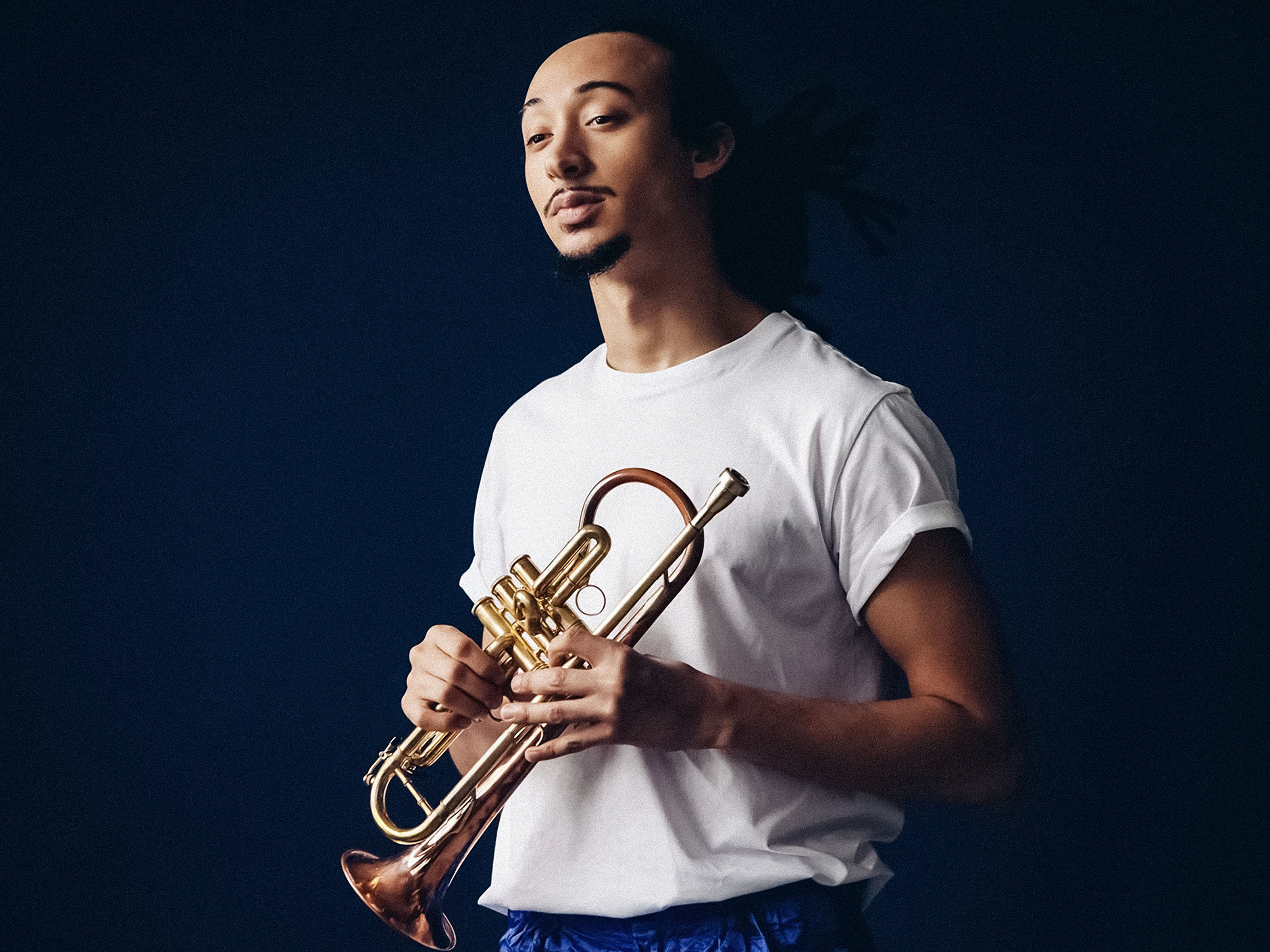 “There are good, great, and nice musical players, but then there are phenomenal instrumentalists such as Theo. I would place Theo in a class of musicians who will redirect the flow, change and alter the current of today’s New Jazz.” – Donald Byrd

Theo Croker is a trumpeter and composer who has thoroughly captivated audiences, critics, and fellow musicians since the very beginning of his career. He’s worked consistently with stars like Dee Dee Bridgewater, leads acclaimed groups of his own, and works as a trumpeter and producer with some of his hippest contemporaries when he has the time. Croker is well-versed in authentic jazz traditions, but as he’s recently demonstrated in his original work, he also knows how to mix in some unexpected musical twists, exploring how seemingly simple rhythm section variations can change the fundamental feel of a song, and repositioning quick, spitfire melodies into hooks and foundations for improvisation. Across bebop, hip-hop, soul, funk, R&B, and beyond, Croker plays by his own rules and has established a strong musical identity. Tonight he will bring his big band to Dizzy’s Club for the first time. They’ll be joined by a very special guest, Grammy Award–nominated vocalist Jazzmeia Horn, a favorite at Jazz at Lincoln Center and a featured headliner later this concert season in The Appel Room.