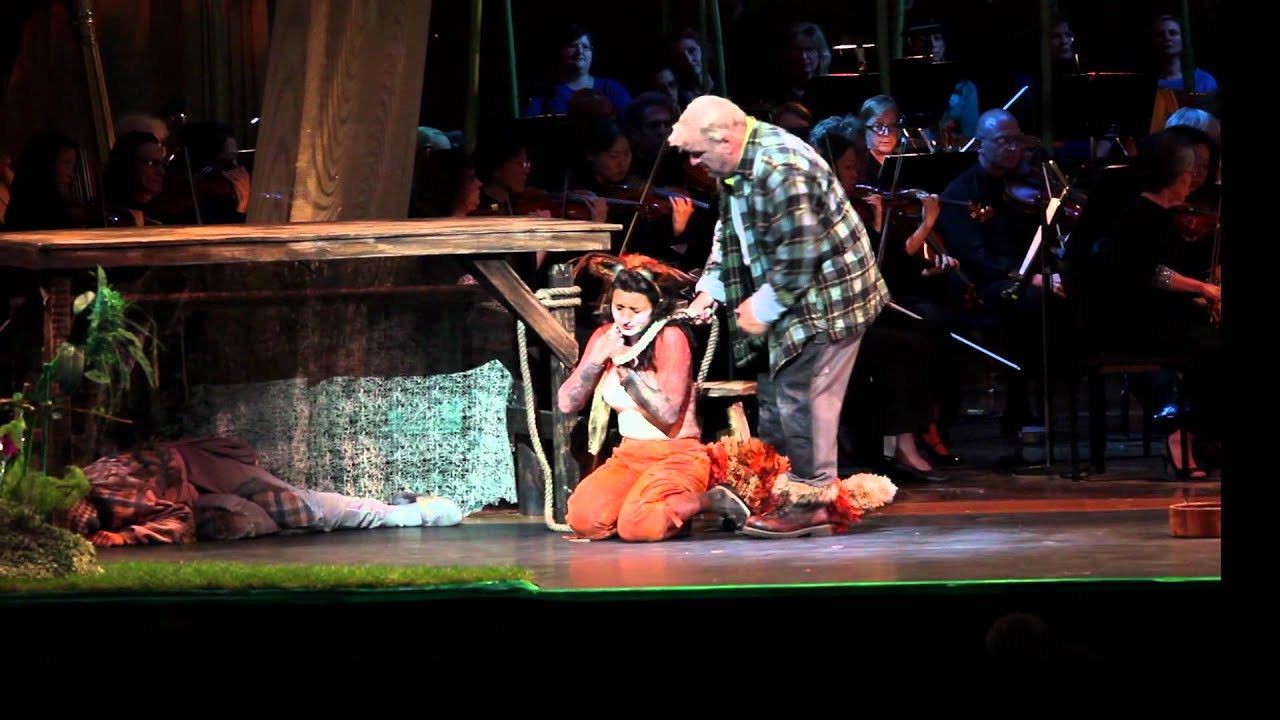 Janacek's "The Cunning Little Vixen" at the New York Philharmonic, 06/22/11

In a scene from the first of the New York Philharmonic's four performances of Janacek's "The Cunning Little Vixen" — conducted by Music Director Alan Gilbert, and directed/designed by Doug Fitch — the Vixen (sung by soprano Isabel Bayrakdarian), whom the Forester has captured to be a pet, is tormented by the Forester's children and, after being leashed by the Forester (baritone Alan Opie), dreams of being a free woman (Emily Wagner). 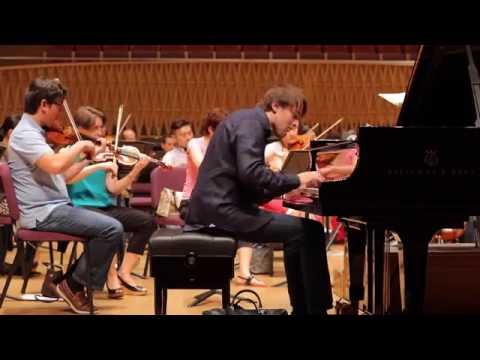 Trifonov and Prokofiev in Shanghai 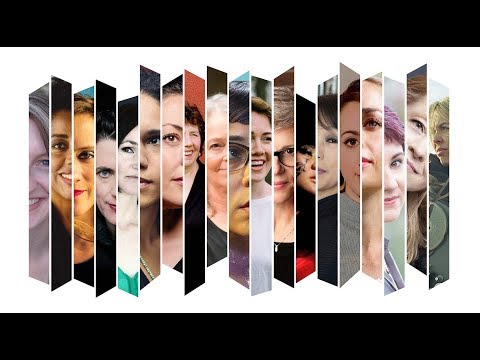