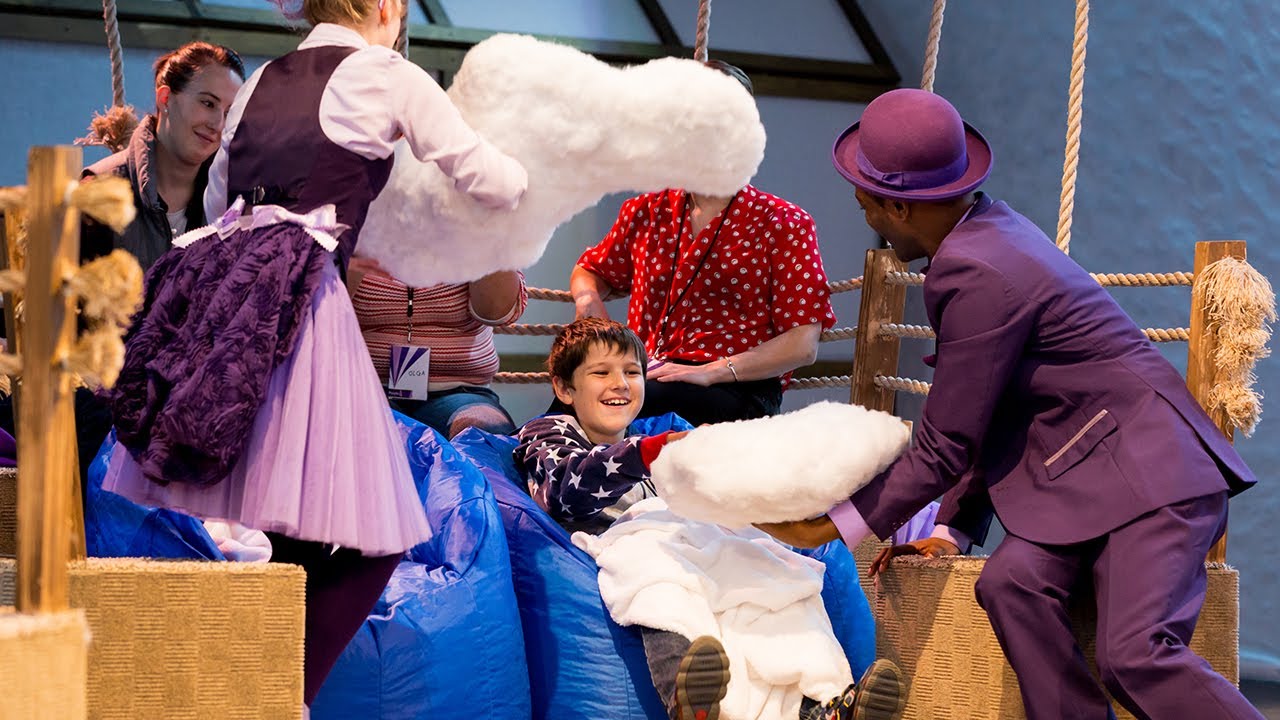 In 2013, Lincoln Center became the first major cultural institution to commission an original work for young audiences on the autism spectrum and their families, titled Up and Away. While sensory-friendly programming or adapted versions of existing works had been offered by some institutions, Up and Away, created by Trusty Sidekick Theater Company, was groundbreaking because it was designed especially for an audience on the autism spectrum across all aspects of production: script, design, and experience.

Filmed in 360 during Lincoln Center’s Big Umbrella Festival in April 2018, now audiences everywhere can join the Fogg Family on a multisensory journey through the sky in their very own hot air balloon. With playful puppetry, whimsical storytelling, and enchanting music, young balloonists and their families can experience the wonder of the world above the clouds.

“[Up and Away] is small-batch, immersive theater at its most thoughtful and deliberate." – New York Times

Recreate the Magic at Home

To watch Up and Away in 360 on any device, simply view the video on this page. Click, hold, and drag your cursor to navigate the 360-degree environment.

To watch with a Virtual Reality (VR) Viewer, download the YouTube App on your smart phone, search “Up and Away 360”, and click the glasses icon on the lower right of the screen for total immersion.

Sensory experiences are part of what make Up and Away so magical. Here are some items you may wish to have on hand to recreate the sensory elements of the show at home:

- A fan to create wind
- An umbrella or parasol to help you sail on the breeze
- A spray bottle to make mist in the storm clouds
- An egg shaker or rattle to get your groove on
- A soft blanket and pillow for relaxing in Cloud Canyon
- A cotton ball, fluff, or something soft for a cloud seed to plant in Cloud Canyon
- And a printout of our 1000th balloon ride flight map, so you can see where we're headed next.

Up and Away
An immersive performance for everyone, designed with young people on the autism spectrum in mind

Major support for the Big Umbrella Festival provided by Betty and John Levin, Ann and Thomas Unterberg, and The Taft Foundation.

The production of Up and Away 360 was made possible by a grant from NEXT for AUTISM through proceeds from Night of Too Many Stars, a benefit done in partnership with HBO.
Additional support is provided by the Abraham and Mildred Goldstein Charitable Trust.