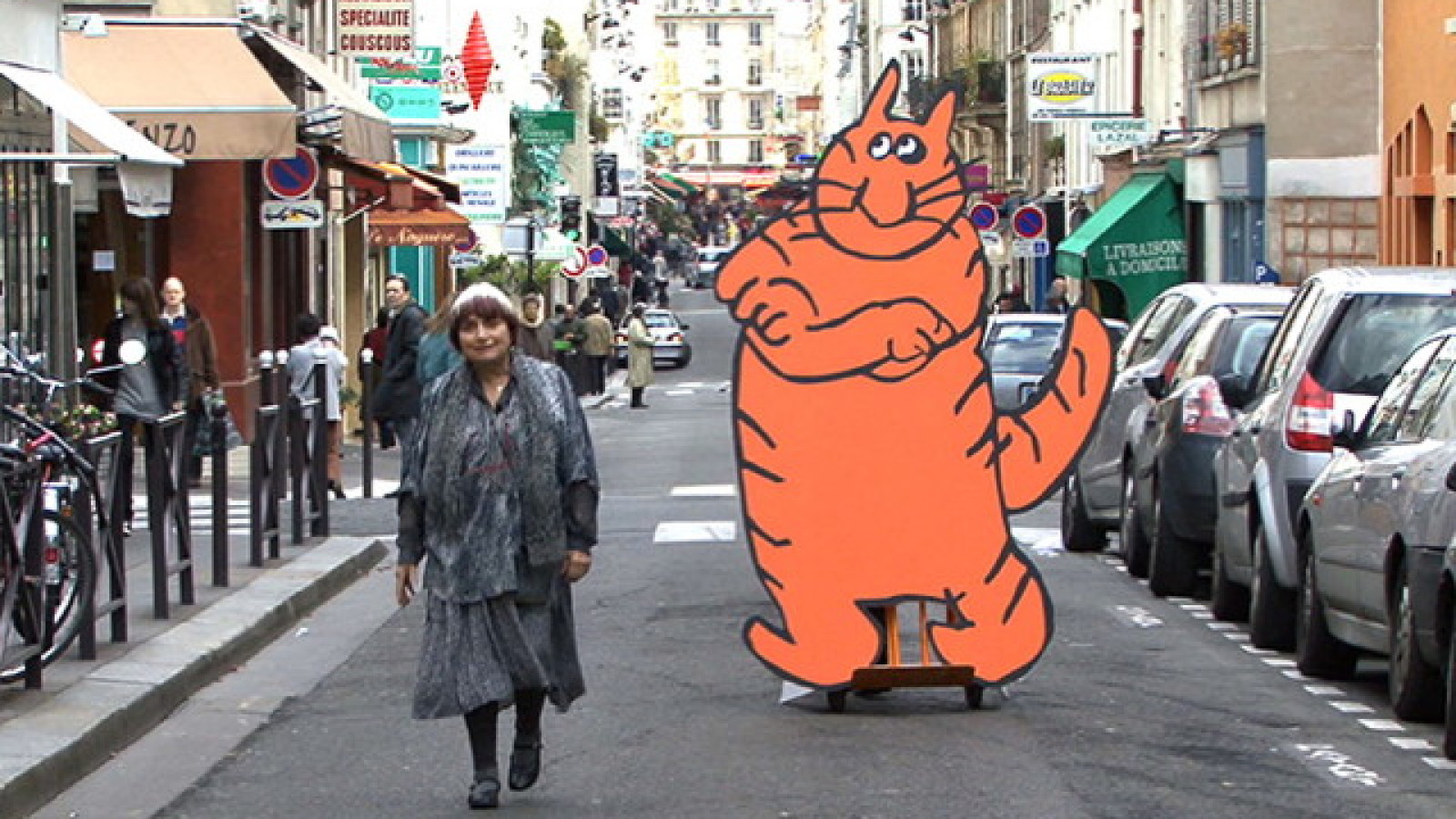 In this vibrant five-part miniseries, Varda travels around the globe for a freewheeling assemblage of people, places, art, and happenings. Each of these deceptively off-the-cuff encounters speaks to Varda’s keen fascination with life’s surprises, questions, and possibilities.

Episode 2
In Brazil, Varda catches up with filmmaker Glauber Rocha’s family, while a René Magritte exhibit brings her to Brussels. Later, she bonds with a journalist in Stockholm, talks potatoes with Swiss art curator Hans-Ulrich Obrist, and takes in Miquel Barceló’s textural paintings.
Saturday, December 21, 1:00pm

Episode 3
Along the Rhine, Varda stops off in Basel and Cologne, and shatters some mirrors for a project. A tour of the Hermitage Museum in St. Petersburg occasions a chat with elusive filmmaker Alexander Sokurov, and back in Paris, Varda has lunch with artists Christian Boltanski and Annette Messager.
Sunday, December 22, 12:30pm

Episode 4
Varda surveys the eclectic installations of the Lyon Biennale, then heads to the south of France to reunite with fishermen she’d filmed decades earlier. She also gazes into the void with painter Pierre Soulages and watches Jean-Louis Trintignant perform poetry.
Monday, December 23, 2:00pm

Free and open to the public! Walter Reade Theater