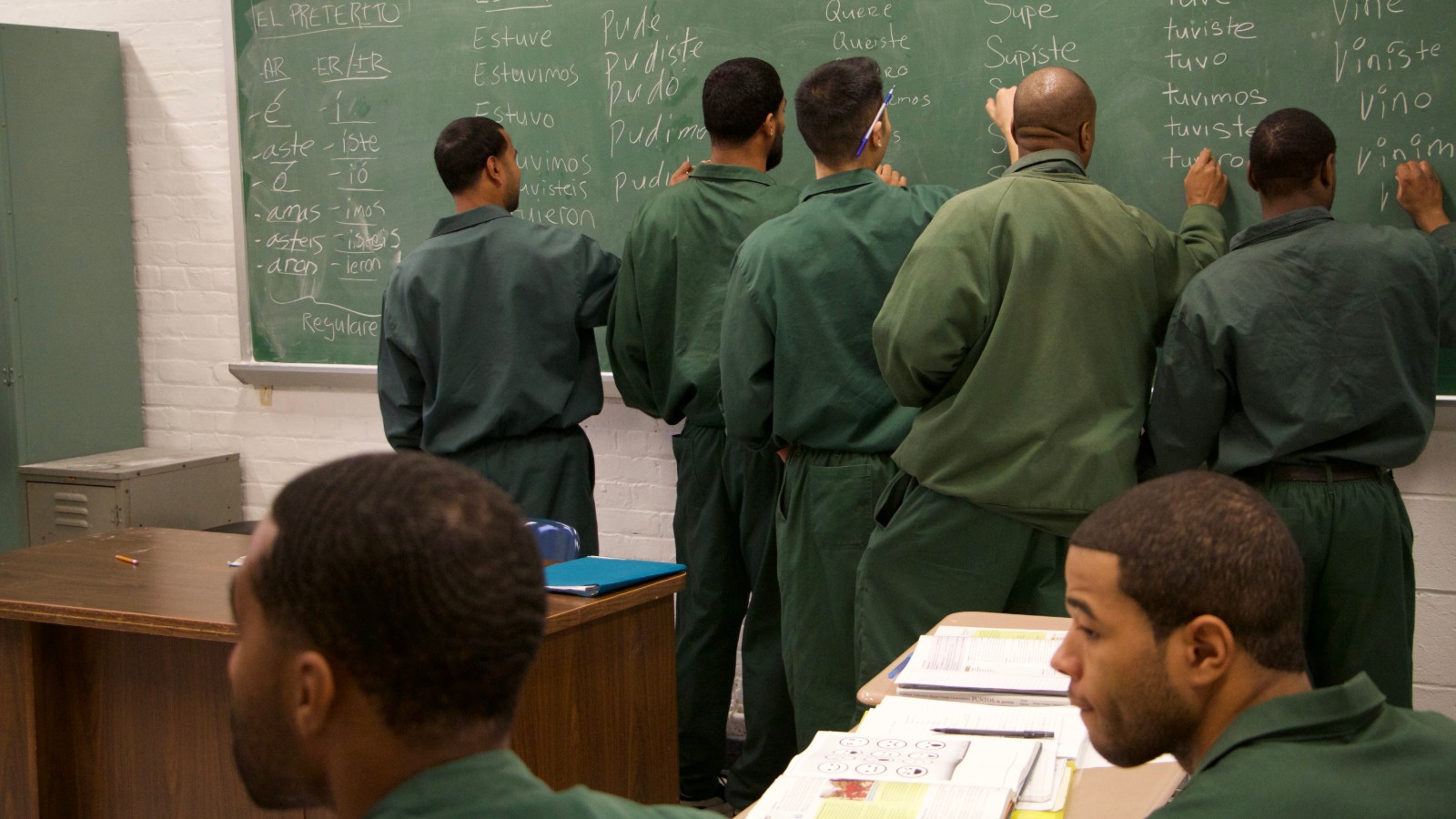 Out of the more than 50,000 men and 2500 women incarcerated in New York State, only a tiny fraction have access to higher education. The Bard Prison Initiative (BPI) enrolls incarcerated men and women earning Associate and Bachelor’s degrees; it’s a program with wide-ranging benefits, including lower rates of recidivism, and it challenges our prioritization of punishment over education. Veteran filmmaker Lynn Novick, whose producing and directing credits include epochal miniseries Baseball, Jazz, Prohibition, and The Vietnam War, in collaboration with longtime producer Sarah Botstein, have created an intimate documentary event: a four-part chronicle filmed in correctional facilities in Napanoch and Bedford Hills. The film follows a handful of ambitious and inspiring incarcerated students—most of them serving time for serious crimes—as they debate and discuss American history and mathematics, philosophy and science, Moby Dick and King Lear, DuBois and Arendt, and simultaneously navigate the difficulties and cruelties of prison life and attempt to come to terms with their pasts. A PBS release.