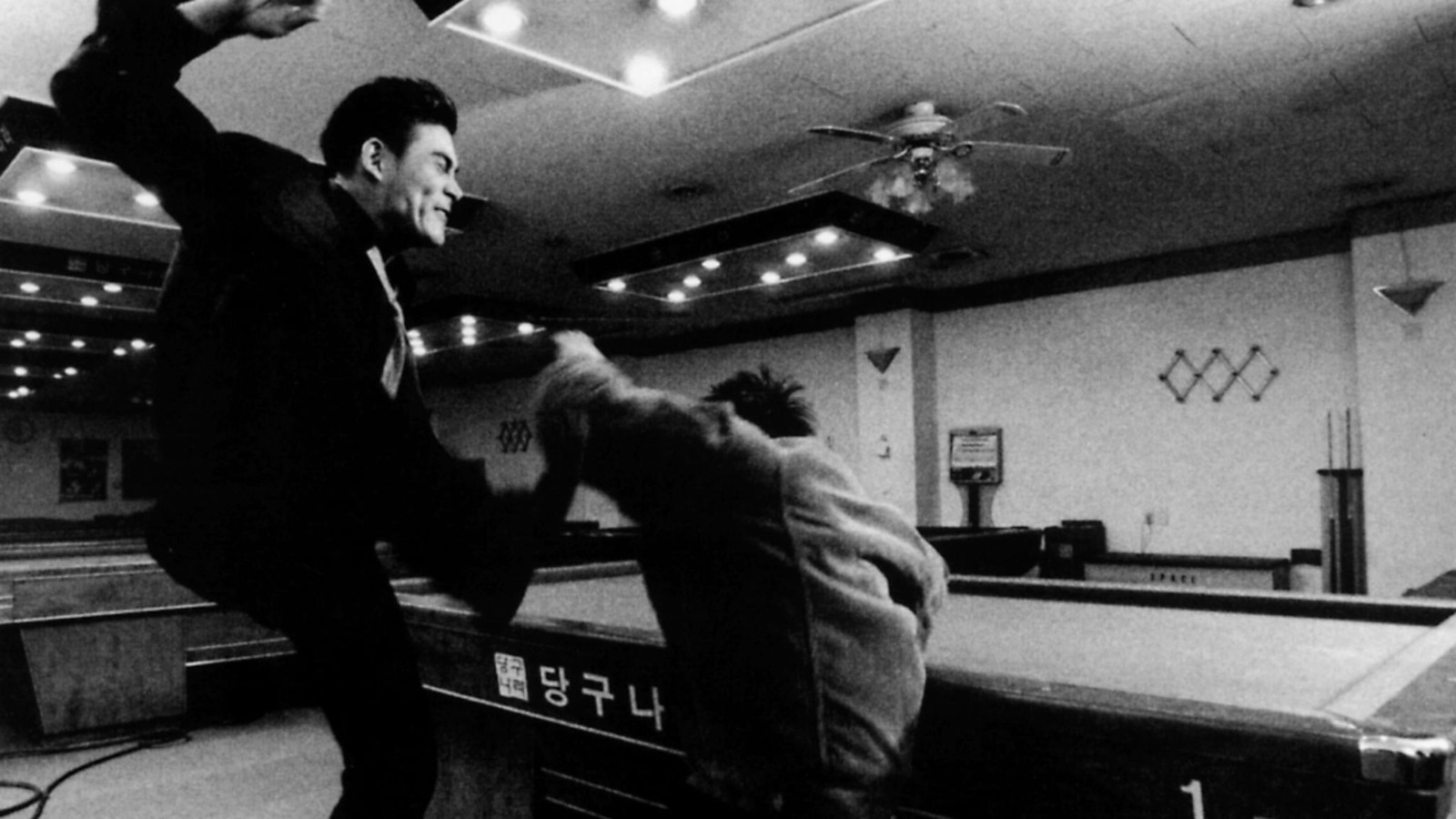 The feature debut of Ryoo Seung-wan, this gritty, gut-punching indie cult hit unfolds in four chapters as it traces a young man’s descent into a life of crime. When we first meet Sung-bin (the director’s brother Ryoo Seung-bum) he is a student embroiled in a gang fight that ends with him inadvertently killing a man—the beginning of a years-long odyssey that will take him from prison to the depths of the criminal underworld. Filming each segment in its own distinct style—from raw documentary realism to action-drama to horror-thriller—Ryoo delivers a furious, innovative study of male rage taken to its toxic extreme. New 4K Restoration.