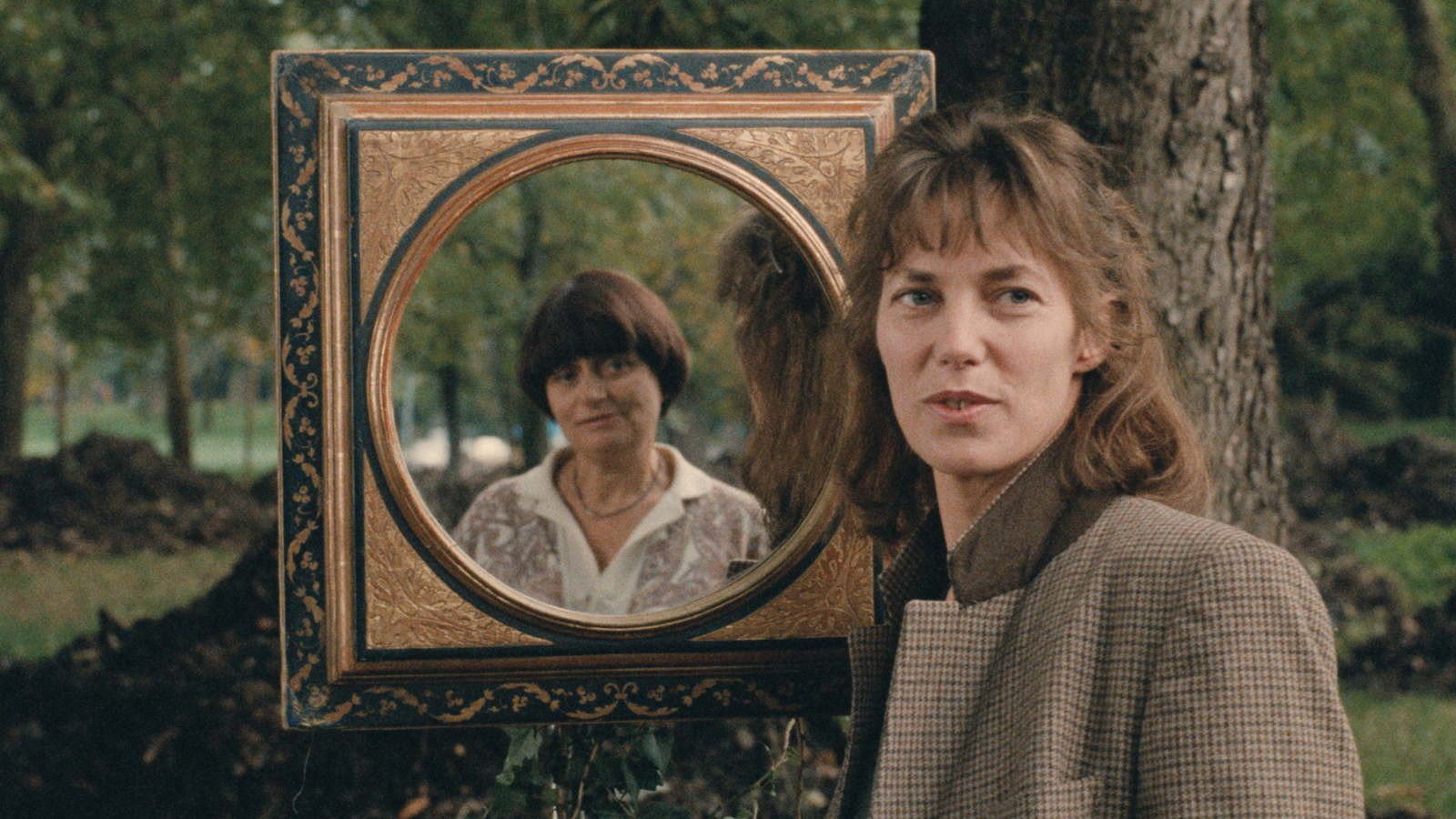 “It’s as if I was going to film your self-portrait,” explains Varda to Jane Birkin in this extraordinarily complex, kaleidoscopic consideration of the actress as a woman, wife, mother, muse, and icon. Footage of the “real” Birkin—lounging at home in a T-shirt, stripped of makeup, and discussing her desire to be filmed “as if I were transparent, anonymous, like everyone else”—is interspersed with the Birkin of Varda’s (and our) fantasies, in everything from re-creations of Renaissance portraiture to a heist thriller to a black-and-white Laurel & Hardy–esque short. The result is a thrillingly discursive reflection on the fascinating, multifaceted Birkin as well as on the sacred collaboration between actor and director.