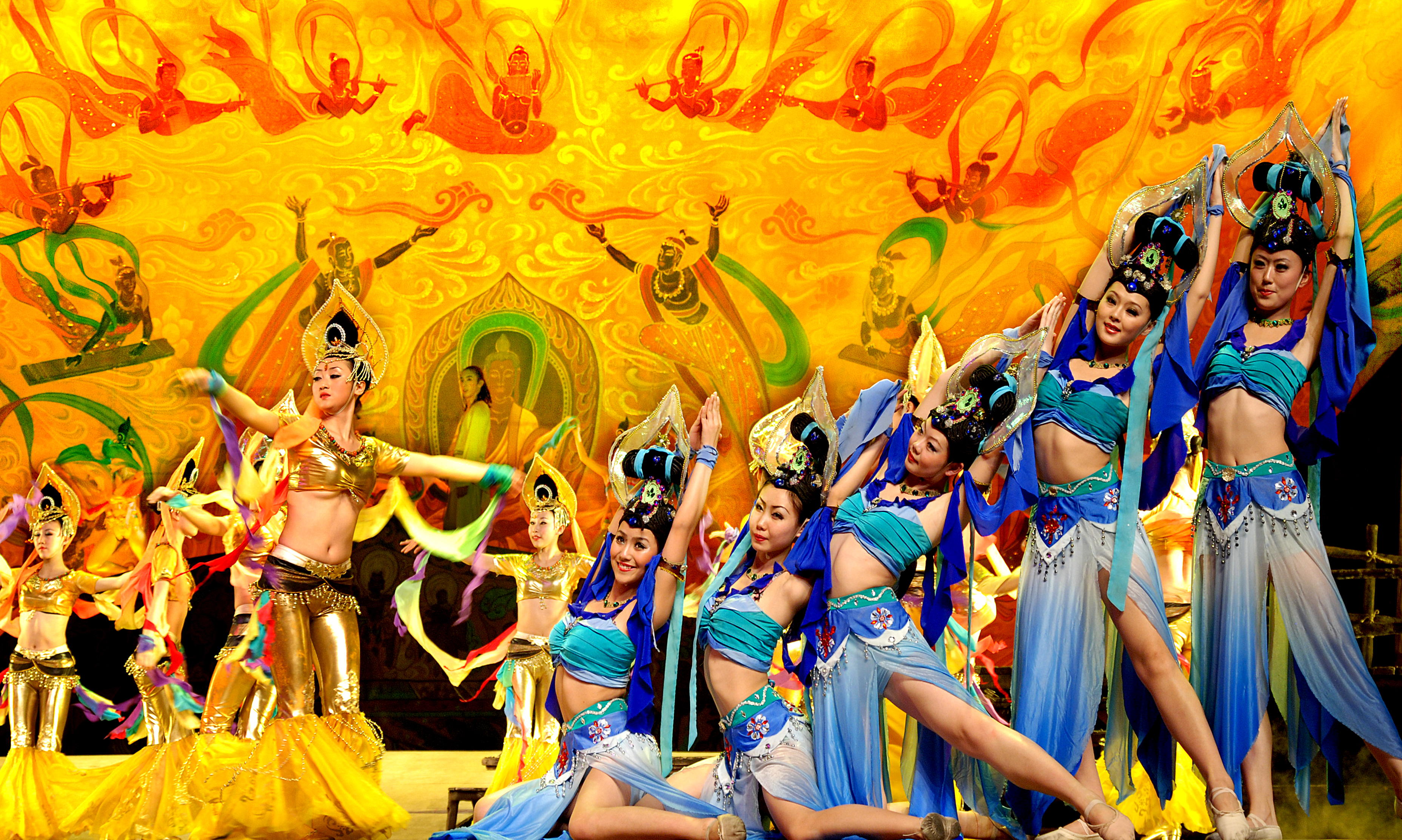 Tales of the Silk Road was created in 2000. It is a large-scale dance drama of Dunhuang subject. This dance drama won all the state-level grand awards of stage art, including the China Lotus Awards, the national outstanding stage art project, the Five-One Project Publications Prize, the 60th anniversary outstanding repertoire Awards, etc.. By September. 2019, the Tales of the Silk Road was performed more than 1300 times in 31 different cities in China and also more than 10 countries overseas. It has become a successful example of “more performance, more outputs” for Chinese dance drama in the new century.