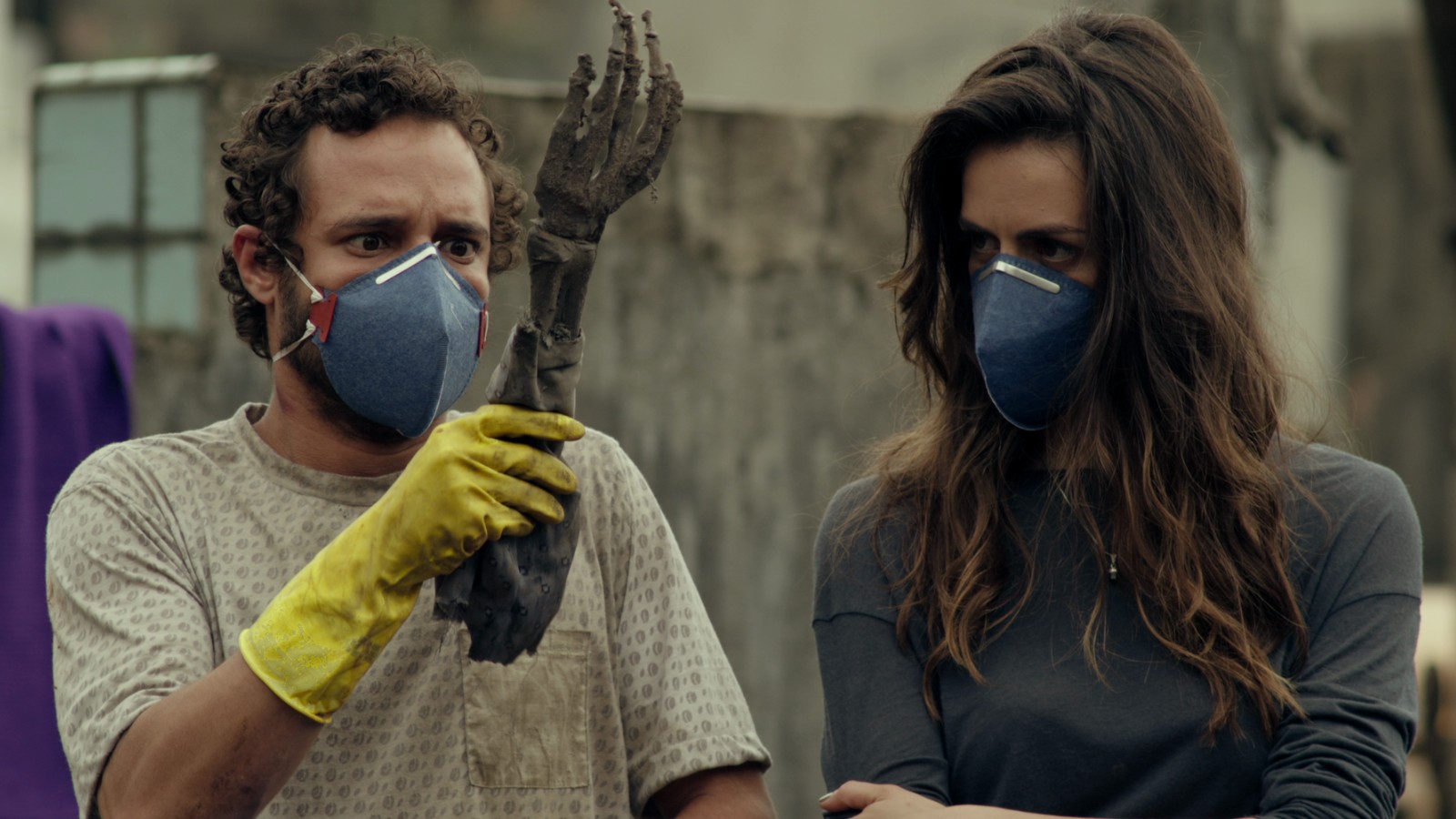 This sly and sinister comedy-horror-musical marked Good Manners director Juliana Rojas as a filmmaker to watch. Deodato works for his uncle as an apprentice gravedigger at a cemetery in São Paulo, a job that takes an emotional toll on him. Deodato’s routine changes when an officer from the city’s funerary bureau arrives at the cemetery. To maximize profits, they must remove human remains from certain graves in order to put them back on the market. But in carrying out this directive strange events make them think twice about tampering with the dead.

Screening with:
Swinguerra
Bárbara Wagner & Benjamin de Burca, Brazil, 2019, 23m
Portuguese with English subtitles
U.S. Premiere
In a school’s gym, dancers rehearse under the watchful eye of a choreographer. Tensions grow as they’re also observed by a rival troupe. Swinguerra is the latest work from multimedia artists Bárbara Wagner and Benjamin de Burca, which made its single-channel debut at Locarno after screening as a dual-channel installation at the Venice Biennial. As with their previous works, the film uses music to create a sort of collaborative ethnography, tracing a cultural map of Brazil on the dance floor.