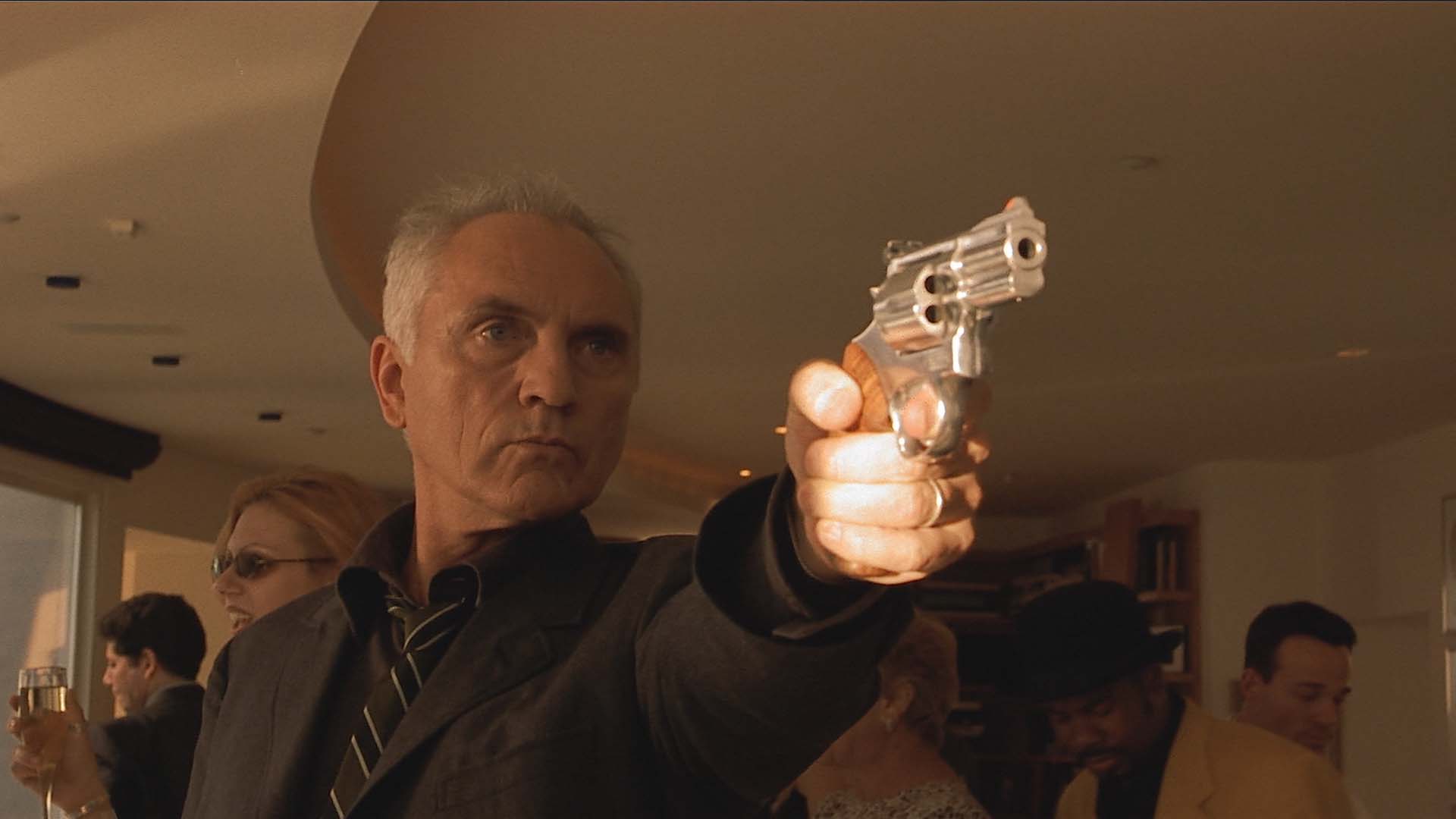 In Steven Soderbergh’s radical, fragmentary take on the film noir, a British criminal (Terence Stamp) gets out of prison and promptly heads to sunny Los Angeles to hunt down the man (Peter Fonda) responsible for the death of his daughter; along the way he’s assisted by a fellow ex-con (Luis Guzmán) and encounters an aging movie star (Lesley Ann Warren). What begins as a seemingly straightforward tale of revenge splinters into a meditation on cultural dislocation, an elegy for fatherhood, and an investigation into the nature of memory. Edited by frequent Soderbergh collaborator Sarah Flack with a constantly surprising and jagged rhythm, and superbly acted by its ensemble cast, The Limey endures as a seminal work of American film modernism and a love letter to the art cinema of the sixties. New Digital 4K Ultra High Definition Version!