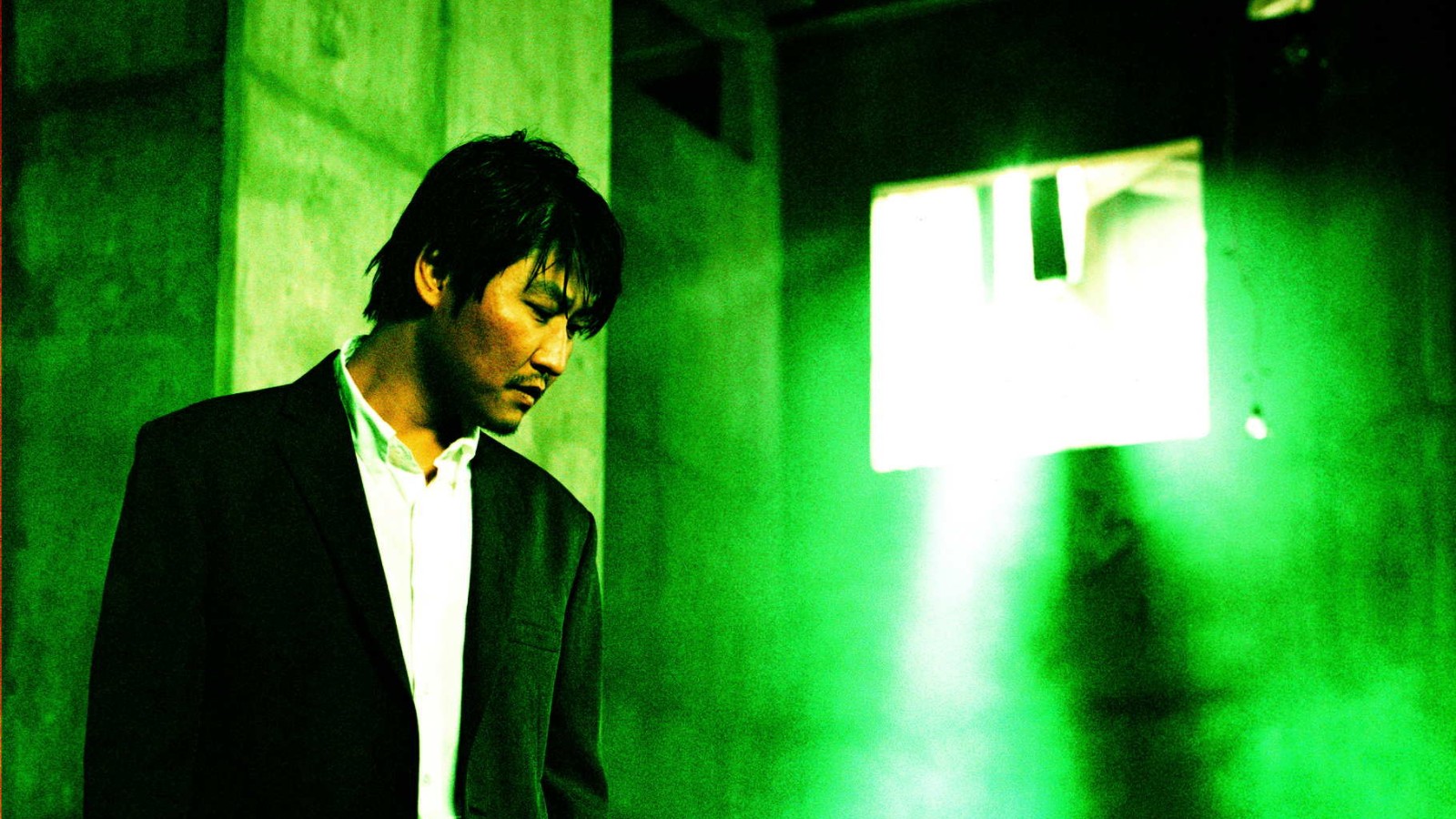 Revenge is a vicious, nihilistic circle in the jolting first film in Park Chan-wook’s acclaimed Vengeance Trilogy, a blood-spattered moral tale with a nuanced philosophical underpinning. Urgently in need of the money to pay for his gravely ill sister’s kidney transplant, Ryu (Shin Ha-kyun), a deaf-mute factory worker with a shock of turquoise hair, resorts to kidnapping the young daughter of a wealthy industrialist (Song Kang-ho)—an act of desperation that sets into motion an unstoppable domino effect of violence that begets violence that begets violence… Cannily setting up a morally complex world in which there are no good or bad guys—only shades of anti-heroes—Park takes Jean Renoir’s famous maxim that “everyone has their reasons” to its shocking, audacious extreme.