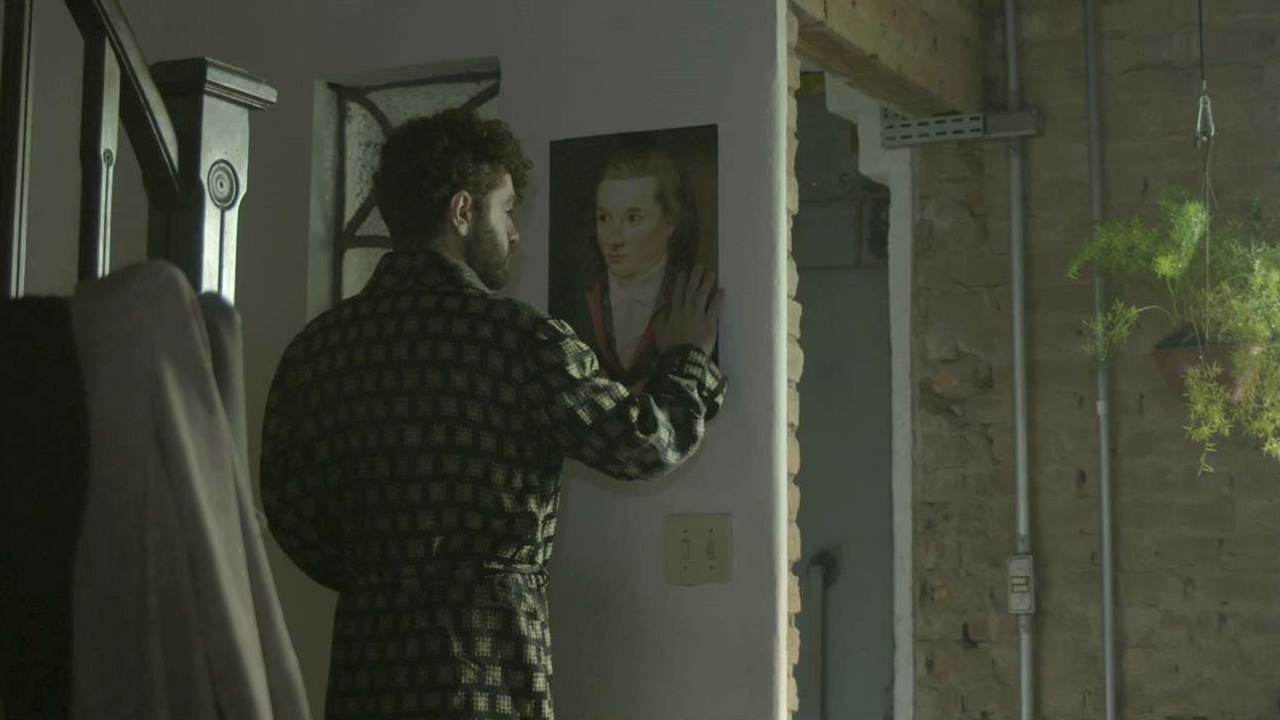 Middle-aged Marcelo has a memory like no other. Monologuing between coffee and hookups, he holds court on a wide variety of topics: his lovers, his HIV status, his chronic headaches, his Catholic grandmother, his homophobic father, and his unusual sexual fantasies. At times, he takes himself for Genghis Khan, poet-philosopher Novalis, or a French courtesan; at others, he talks about Bataille or the Saint whose name he has forgotten. From Gustavo Vinagre (I Remember the Crows; Nova Dubai) and Rodrigo Carneiro, The Blue Rose of Novalis is a documentary-style portrait of a singular man that blurs the line between the “real” and the staged.

Screening with:
Noirblue: Displacements of a Dance
Ana Pi, Brazil/France, 2018, 27m
Portuguese with English subtitles
New York Premiere
Dancer and multimedia artist Ana Pi reconnects with her African ancestry through choreographic gestures, engaging in a space-time experiment that combines traditional and contemporary movements. In this dance of fertility and healing, new forms of movement evoke belonging, resistance, and freedom.