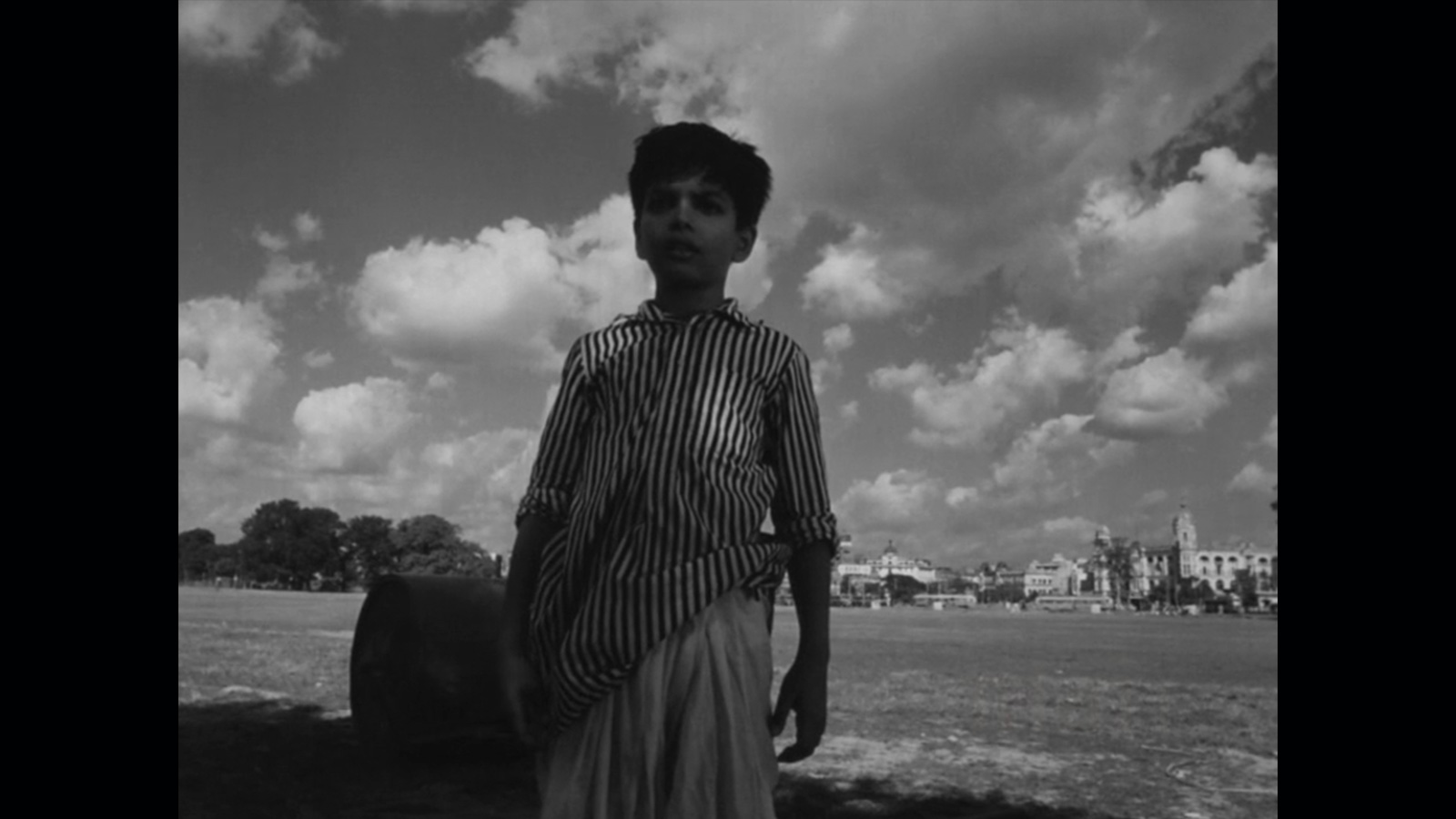 Ghatak drew upon details from one of his own youthful adventures for this lighthearted celebration of Kanchan, a kind of Bengali Huckleberry Finn who escapes the oppression of his disciplinarian father for the promise and excitement of El Dorado—that is, Kolkata, the city of the 10-year-old’s dreams. Once there, Kanchan encounters a variety of characters who reveal the pleasures and dangers of the big city: a schoolteacher now scraping by as a street peddler; a gangster masquerading as a magician; and Mini, a young girl who knows her way around the city’s tantalizing streets. Shot largely from his young protagonist’s point of view, The Runaway draws much of its power from the contrast between Kanchan’s wide-eyed wonder and our knowledge of what he’s really encountering. New Restoration.