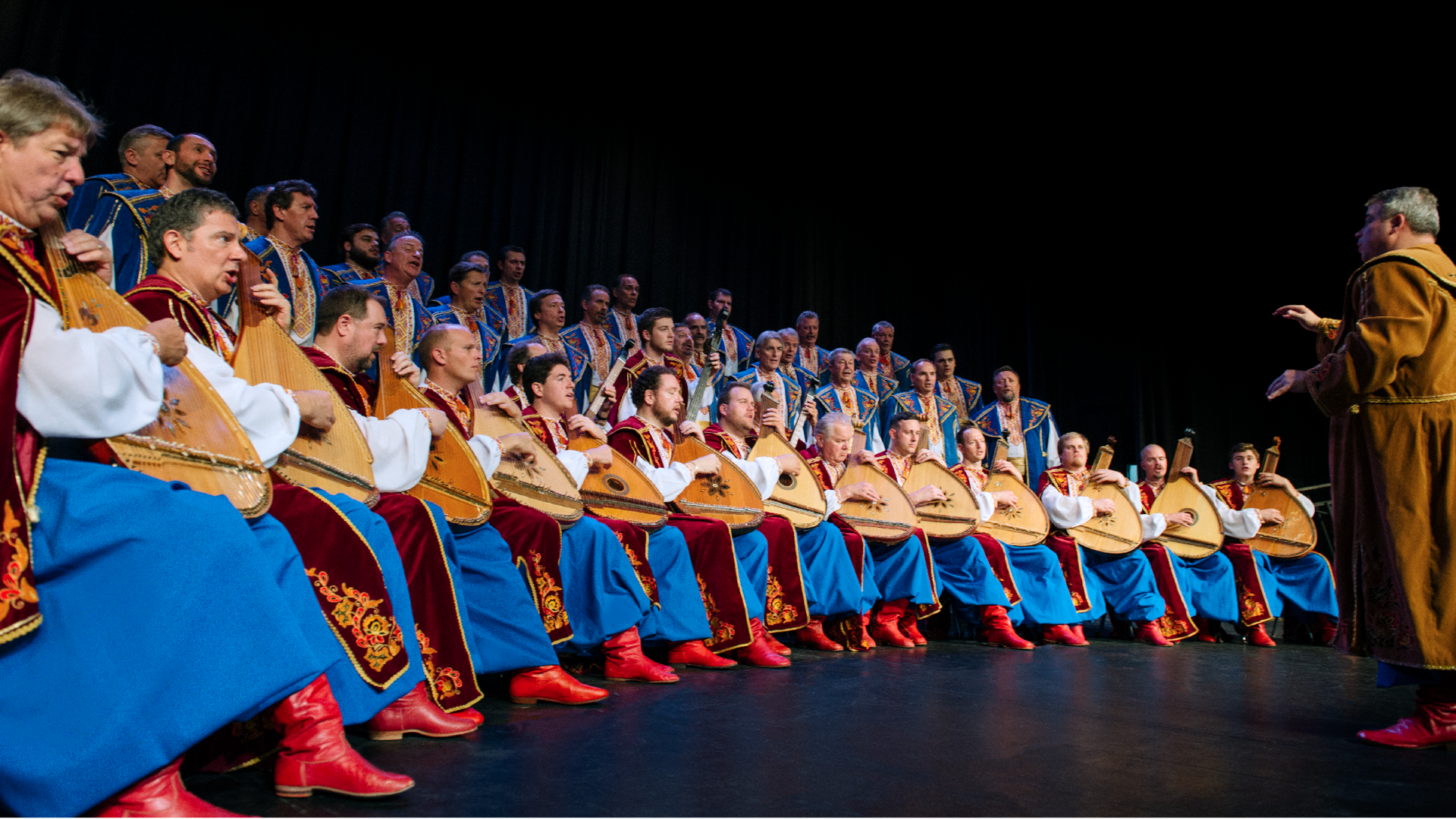 Founded in 1918, the all-male Ukrainian Bandurist Chorus has a proud history of representing the Ukrainian bandura and choral music on the international stage, captivating audiences in major concert halls in the United States, Canada, Europe, and Ukraine since emigrating to North America from Europe in 1949.

The Ukrainian bandura is more than a national musical instrument: It is the voice of Ukraine. It is unique to the culture of Ukraine and its history is closely tied to the turbulent history of the Ukrainian people. The bandura combines the musical characteristics of both the lute and the harp, producing a sound similar to a harpsichord but with a wider range and tone.

The UBC is currently celebrating its Centennial Concert season.

The Centennial Concert Season program includes historic and modern selections from the vast 600 song repertoire including Irving Berlin’s “God Bless America” and features the instrumental ensemble playing the “Echo of the Steppes” by legendary composer and conductor, Hryhory Kytasty.