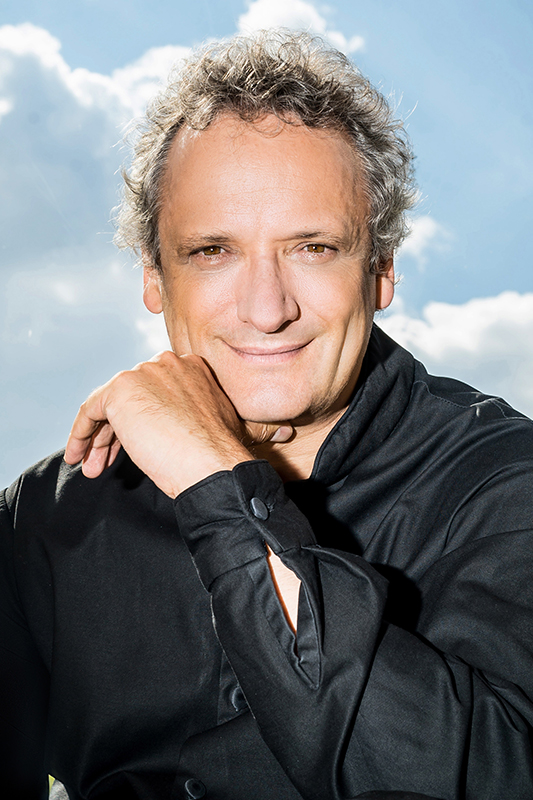 Louis Langrée has been music director of the Mostly Mozart Festival since December 2002, and he was named Renée and Robert Belfer Music Director in August 2006. Under his musical leadership the Mostly Mozart Festival Orchestra has received extensive critical acclaim, and their performances have become an annual highlight for summertime classical music lovers in New York City.

Mr. Langrée is also music director of the Cincinnati Symphony Orchestra and chief conductor of the Camerata Salzburg. In the current season, he conducts the Cincinnati Symphony Orchestra in gala concerts with both Lang Lang and Yo-Yo Ma and leads the orchestra in world premieres of works by Caroline Shaw, Daníel Bjarnason, and André Previn. His collaboration with the Camerata Salzburg includes concerts in Cologne, Salzburg, and Vienna, and a tour to South America. He also returns to the Orchestre de Paris and continues his regular appearances with the Vienna State Opera (Eugene Onegin) and the Metropolitan Opera (Carmen).

“Music is part of the expression of life; of the soul.”

He has a long-term relationship with the Metropolitan Opera and has also conducted at La Scala in Milan, Royal Opera House–Covent Garden in London, Semperoper Dresden, Opéra Bastille and Théâtre des Champs-Élysées in Paris, Netherlands Opera in Amsterdam, and Lyric Opera of Chicago.