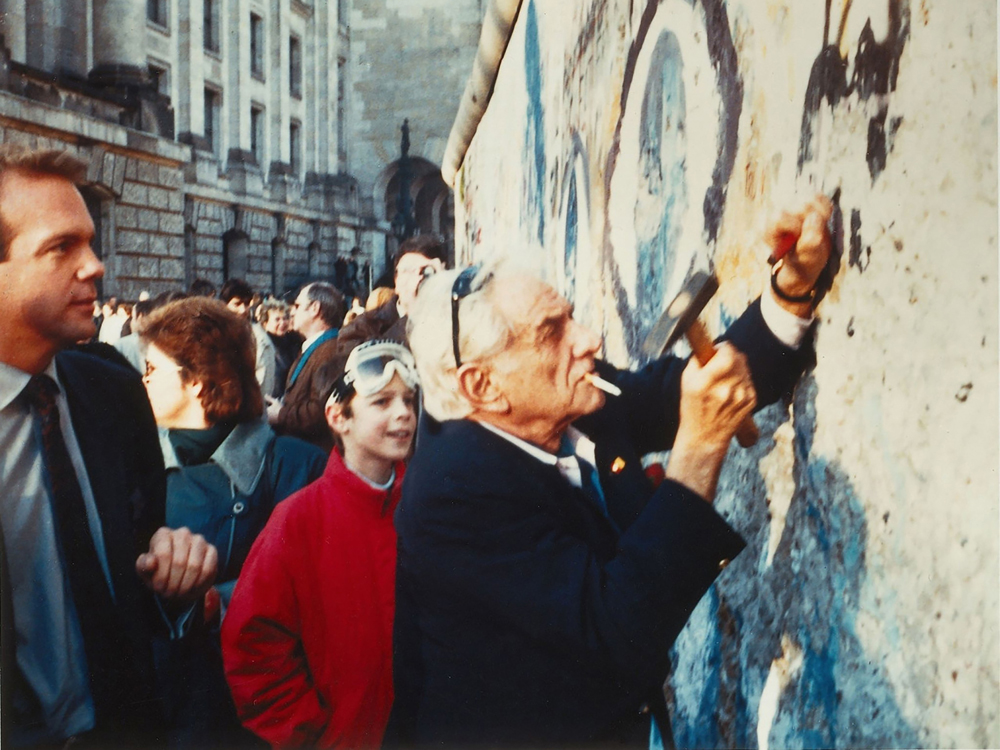 Leonard Bernstein’s concert in celebration of the fall of the Berlin Wall has become almost as legendary as the revolutionary moment it celebrated. Recorded at Berlin’s beautiful Schauspielhaus on Christmas Day 1989, Bernstein made history with this performance of Beethoven’s Ninth Symphony, conducting musicians from East and West Germany as well as from the four countries that occupied Berlin after World War II. Witness Bernstein and his multinational ensemble transform the famous “Ode to Joy” into a stirring “Ode to Freedom.”

“The experience of watching and listening to this performance will go some way to enable us all, German or non-German, to relive those truly momentous days.”

Running time: 85 minutes
Select a checkout option
Take me straight to the best available seats
Choose my own seats on Tickets.LincolnCenter.org
z