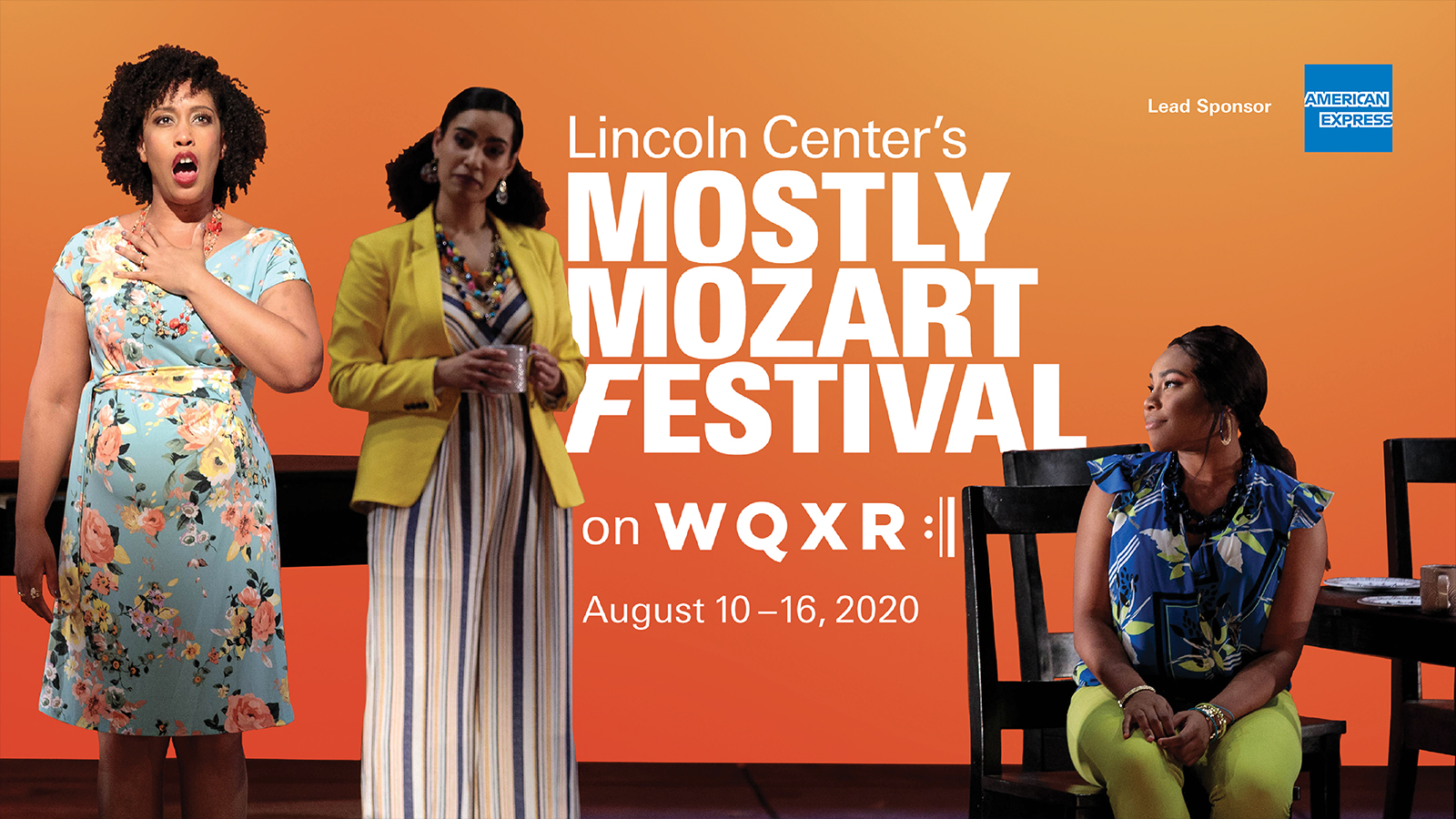 Click here to get programming updates about the festival from WQXR.

Lincoln Center’s Mostly Mozart Festival has been a cherished summertime tradition since 1966, evolving into a multifaceted celebration encompassing music, dance, opera, theater, contemporary works, and more. Though the 2020 Festival has been cancelled due to COVID-19, WQXR and Lincoln Center are thrilled to keep its spirit alive by reimagining it as a radio event—Mostly Mozart Festival on WQXR. This seven-day multimedia festival will reflect on the meaning of Mozart’s work and remind audiences of the power of music to bring communities together. It will feature specially curated musical broadcasts, live events, digital content, and a range of programming that illuminates how racism and inequality have shaped classical music, past and present.

The festival opens with “Mostly Mozart Across the Boroughs,” a series of pop-up performances livestreamed from outdoor locations across New York City by artists including NY Philharmonic clarinetist Anthony McGill, violinist Curtis J. Stewart, and the contemporary Mexican ensemble The Villalobos Brothers. The opening night broadcast features a contemplative program that weaves together Mozart's Requiem with transcendent music by Arvo Pärt. Anchoring the festival is a documentary on the critically-acclaimed, groundbreaking opera Blue about race and violence in 21st century America. The segment features the radio premiere of musical highlights from the opera, alongside commentary from composer Jeanine Tesori, librettist/director Tazewell Thompson, and musicologist Naomi André. Terrance McKnight will host a conversation about the Black Experience in the Concert Hall, and a retrospective of the African-French composer and violinist Joseph Boulogne (“Chevalier de Saint-Georges") will tell the too often untold story of an extraordinary contemporary of Haydn and Mozart. The closing night broadcast features an epic recreation of Beethoven’s 1808 Akademie concert—a breathtaking display of symphonic, sacred, and theatrical works—with pianist Inon Barnatan, soprano Dorothea Röschmann, and the Cincinnati Symphony Orchestra, led by Renée and Robert Belfer Music Director Louis Langrée.

Endowment support for the Mostly Mozart Festival is provided by Nancy Abeles Marks and Jennie L. and Richard K. DeScherer.

Blue is made possible by the Tamer Initiative for Diversity in the Arts.