Elsa and Albert Einstein go for a spin at a Warner Brothers studio in 1931.

Einstein on Film: Gems from the Lincoln Center Archives

Elsa and Albert Einstein go for a spin at a Warner Brothers studio in 1931. The Score  /  Music Film Music

Einstein on Film: Gems from the Lincoln Center Archives

This article is one in a series about Lincoln Center's 60th anniversary. For more anniversary content, see lincolncenter.org/60.

In July 2016, I became Archivist for Lincoln Center for the Performing Arts and embarked on a great archival adventure. Established in 1987, the LCPA Archives are a rich resource, documenting six decades of our history as the world’s premier presenter of superb artistic programming, a national leader in arts education and community relations, and manager of the Lincoln Center campus. As part of our 60th anniversary year, we’ll be highlighting a few areas of the Archives as the perfect place to explore, to see where one of New York’s most iconic institutions has been and where it is going.

For the past three years, film has taken center stage in the LCPA Archives. It started when Susan Froemke Productions reached out for construction footage to be included in the exceptional 2018 documentary The Opera House. Coming in my first month on the job, this inquiry was a good excuse to examine our film holdings. I discovered that a department called Lincoln Center Films, which was part of the Public Information Office, created four short films between 1959 and 1969 to chronicle and promote the creation of the campus. From these projects, we have priceless footage of 1950s New York and the campus's early days. After finding this film, it was apparent the collection needed archival processing. ("Processing" is the core of what archivists do: We identify unique information of historical value; gain intellectual control to use it; take measures to preserve it; and make it accessible to the public.) To do this, I engaged the expertise of two film archivists to evaluate 797 reels of film with content ranging from the construction of the campus, to a visit by Britain's Princess Margaret, celebratory banquets, Mostly Mozart commercials, and the mega-find of them all, the 20th anniversary film.

To celebrate the 20th anniversary of Lincoln Center’s groundbreaking, the Media Development Department (the folks who also originated Live From Lincoln Center in 1976) hired two graphic artists to make their first and only film. The result was as colossal as its 51-word title, which we will truncate to Variations. Taking place on May 21, 1979, for about two thousand guests, the "Son et Lumiere" spectacle was a half-hour homage to Lincoln Center, narrated by Barbara Walters and Walter Cronkite, utilizing the early construction footage as well as new material shot in 1979. The film was projected across the plaza onto five screens, each of which covered an arch of the Metropolitan Opera House. 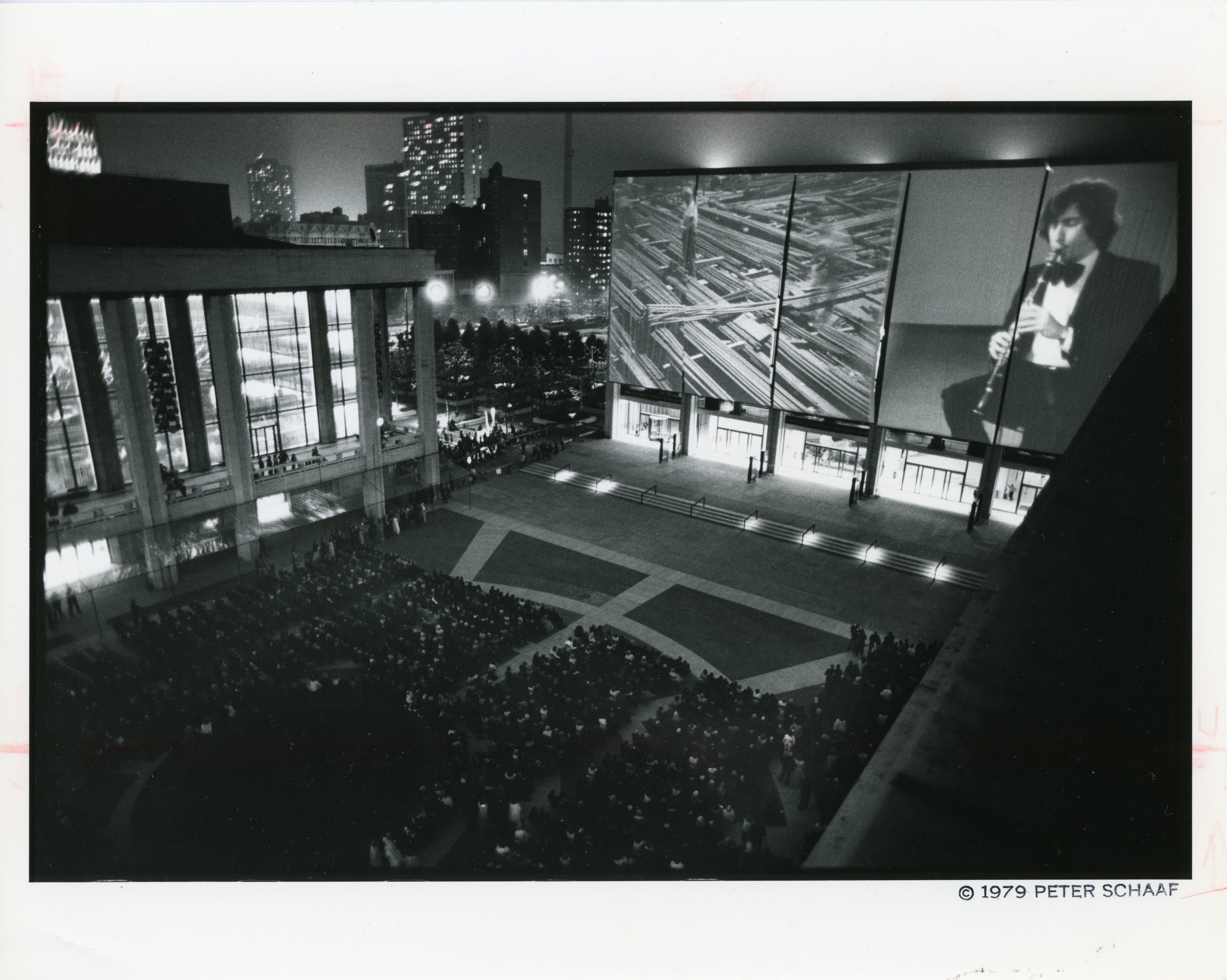 When working on a collection, archivists often find historically significant materials that fall outside the collecting scope. Concerned first and foremost with documenting LCPA, when my team and I find material not created by LCPA, we try to understand why the records are in our collection, identify the likely owner of the material, and either return it or help shepherd it to an appropriate repository.

This happened when we found Albert Einstein driving in the archives. A small number of boxes marked with the words "Gershwin - Godowsky – Home Movies" yielded the discovery of the home-movie collection of Leopold Godowsky Jr. who, with Leopold Mannes, was the co-creator of Kodachrome film. In addition to being a violinist and chemist, Godowsky was also husband to Frances "Frankie" Gershwin, the sister of George and Ira Gershwin. What we had were 150 reels of his home movies. Doing some basic detective work, we contacted the family and are assisting them in transferring the films to the Library of Congress for donation.

As if the Godowsky Home Movie Collection were not enough of a find, there was a bonus. In one of the boxes sat a rusty can labeled with two pieces of masking tape bearing the words "Einstein" and "Nitrate." Inspecting the film, we found it to be in good shape and saw in the frames Einstein with his wife Elsa, in an open-top car, in front of a changing background. From a 1931 article in Variety we learned the story behind the film. That year, on one of three trips he made to California in the 1930s, Einstein and Elsa visited the Warner Brothers First National Studio. While there was a stipulation that no press be on the lot to record the visit, the man acting as translator, Henry Blanke—the studio's foreign productions manager—convinced Einstein to get into a car with his wife and pretend to drive. They created a "process shot," in which the background is on a live rear-projection at the time of filming. According to the article, later that day, the film was brought to the Einsteins' bungalow in Pasadena. After the film was screened and enjoyed, Einstein requested that the studio destroy its master. They complied and gave to Einstein the only print of the film. This was the reel now sitting in our archives. 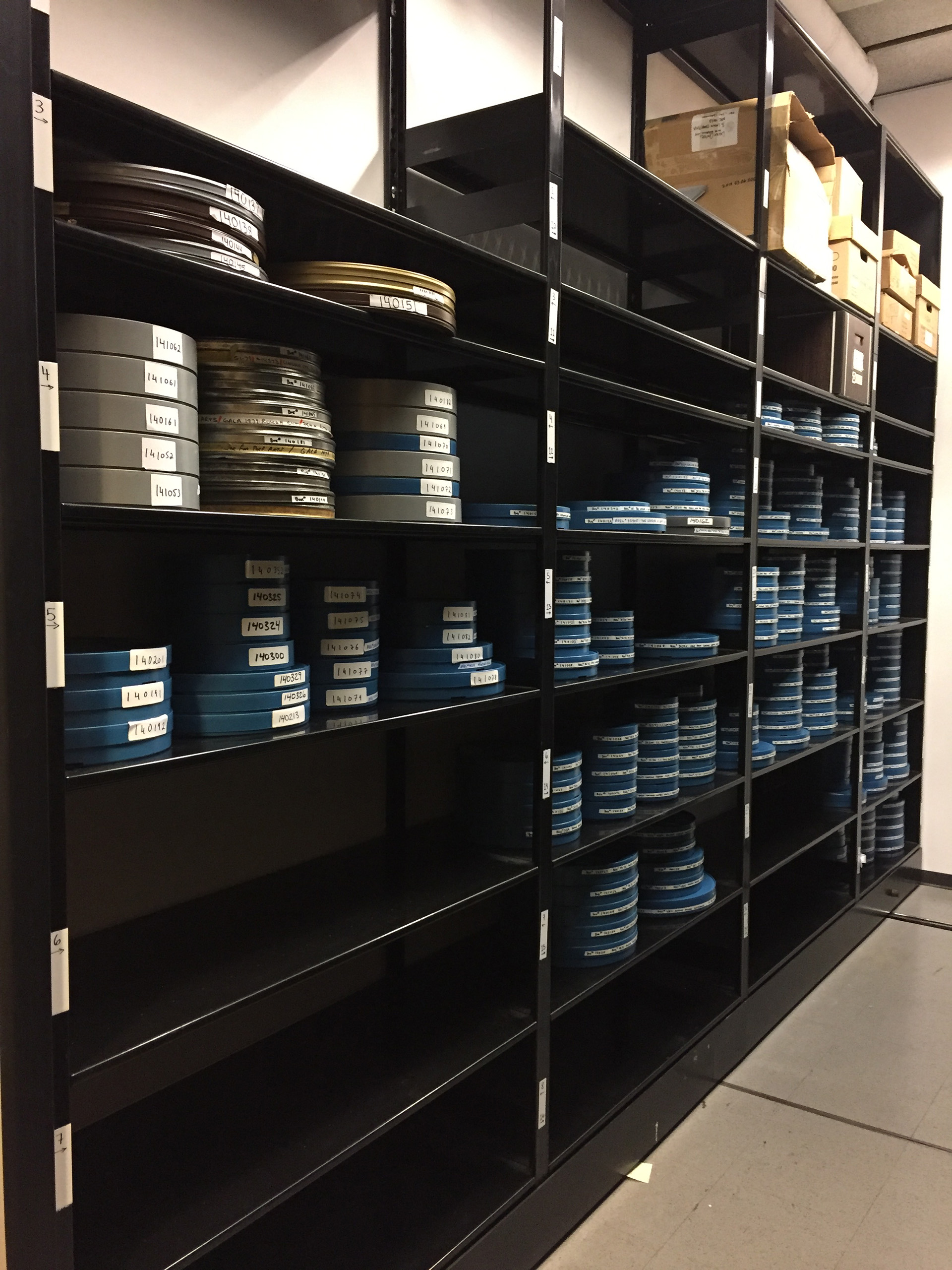 So how did this reel get into the collection? Leopold Godowsky Sr. was a Polish pianist and composer as well as a close friend of Einstein. We can only guess that Einstein gave it to the family for a screening night or to hold on to for him. No one in the family knows for sure. Working with the Godowsky family and the Albert Einstein Archives at Israel's Hebrew University, we transferred this film to the Library of Congress.

Another non-LCPA film we found in the collection was Beyond the Last Mountain, a 1976 English-language Pakistani film submitted to the New York Film Festival. When we contacted filmmaker Javed Jabbar in Karachi, Pakistan, we learned that all other prints of this groundbreaking film had been destroyed. What we had was the last full print. We are currently advising Jabbar on digitizing the celluloid and identifying an appropriate repository for his work.

The LCPA Archives is grateful to film archivists Becca Bender, Carmel Curtis, and David Neary for their invaluable help on its film holdings. We’ll be back with more archival treasures, especially as we continue our 60th anniversary celebrations. In the meantime, follow LCPA on social media to enjoy more from the Archives: @LincolnCenter on Twitter and @LincolnCenterNYC on Facebook.

Bonnie Marie Sauer is Director of Archives and Records Management at Lincoln Center for the Performing Arts.